I took a bit of a break from crocheting in April, largely due to my attempt at Camp Nanowrimo and the whole moving thing. But I packed my hook and yarn for the long plane ride and, after I'd finished my book, there wasn't much else to do in the remaining six hours (other than sleep, you say? Yes, if you are one of those lucky people who can sleep in a near-upright position. And if you are, then I am officially jealous. And if I ever ride on a plane with you, don't sit near me because I will regularly poke you awake in order to share my misery. B will attest to this).

So I dove back into my afghan during the trip, and I'm so glad I got back to it. Whenever I step away from crochet for more than a week, I always forget how relaxing it is. I also realized while I was in the US that I didn't have nearly enough gray or mixed color yarn to finish. Luckily, the yarn was from Michael's, so I was able to pick up another skein of gray in North Carolina (the lot wasn't the same, but luckily the color was still indistinguishable).

And then last weekend, I finally finished it - including weaving in the ends (the part I dislike). I used this free pattern - if anyone out there wants to learn how to crochet, this is an excellent beginning project. I found it fairly monotonous by the end, but the feeling of actually finishing a project kept me going. I added a small single crochet border of the mixed color (I didn't have enough yarn for a double, which I would've preferred). 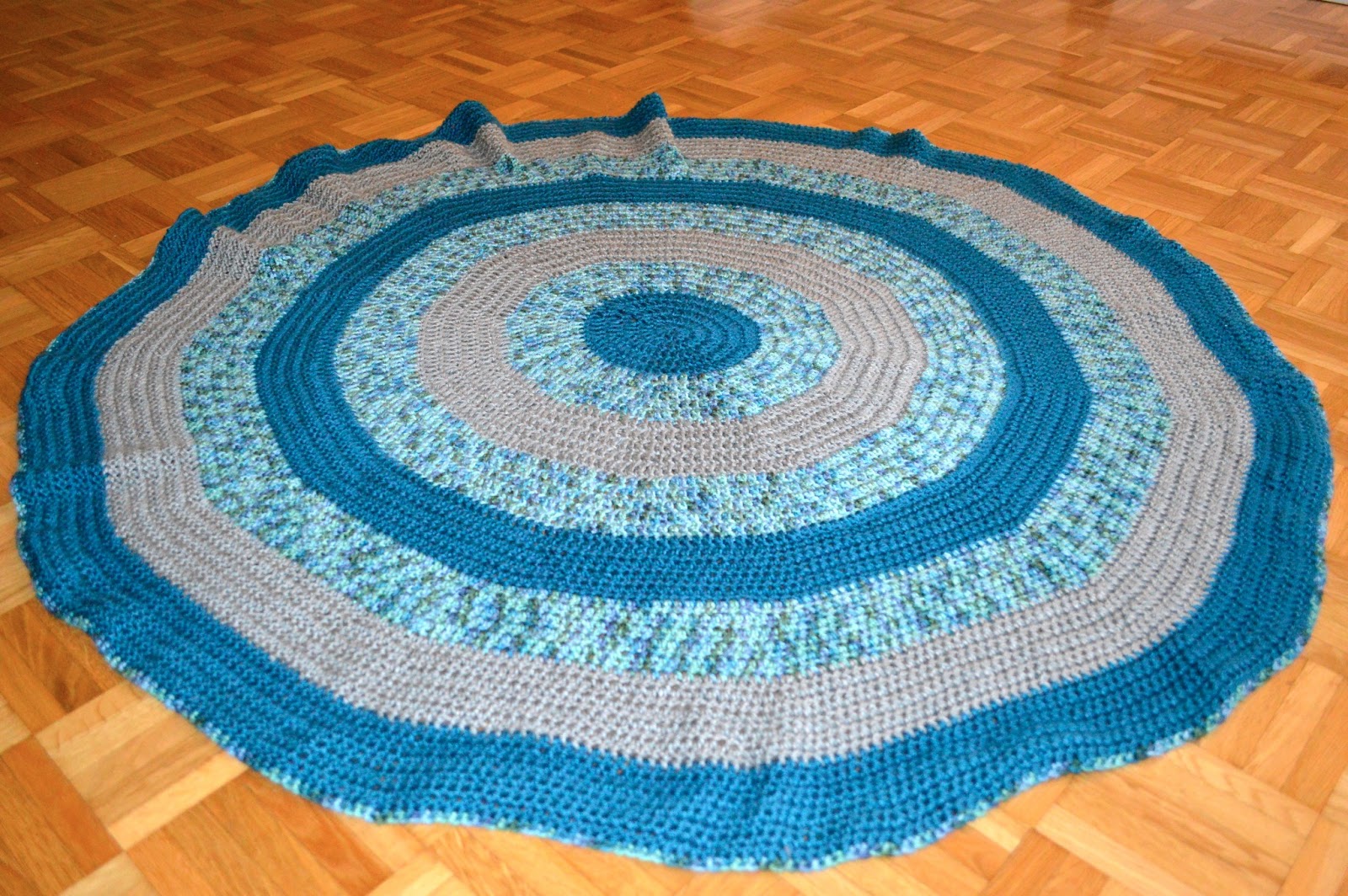 Speaking of finishing craft projects, - I already mentioned this, but I'm going to show the picture again because it took a while and I'm super proud of it - in NC I also managed to finish a long-neglected embroidery project for a friend. Since I have significant numbers of half-finished cross-stitch projects languishing in a drawer, I was disproportionately happy to have one finished (including even the backstitching!).


So, of course, I've already started a new project. A friend from graduate school is having a baby, and she requested a color scheme in lavender. I spent some time finding appropriate yarn (I had no pastels in my stash), but actually more time looking for a pattern I liked. And one that would allow me to use different colors, a choice that I am regretting a wee bit now, as it does significantly slow the rate of progress. And leaves many, many ends that will need to be woven in at the end. But overall, I am enjoying the pattern and I think the final product will be lovely.

The pattern itself I found, via Pinterest, on a Norwegian blog. Luckily, the blogger included an English version of the instructions at the bottom of the post, because it turns out that Google translate cannot handle crochet instructions. One sentence, according to the English instructions, was meant to be "chain does not count as first double crochet" - Google translated this sentence from Norwegian as "Air masks do not count as a spell." So Google is still fallible, in case anyone had other ideas.

I started the blanket on Sunday at the Zurich Stitch n' Bitch meetup. Some words about this group - it's wonderful (ok, just one word). I am so, so glad that B encouraged me to go when I stumbled across it online a couple months ago. The women are super friendly and welcoming - and all of them speak English (although some not natively). II've only been twice, but I've met fellow Americans, Canadians, a "Kiwi" (New Zealander), Brits, and a fair number of Swiss/native German-speakers as well. They meet almost every Sunday morning at the Starbucks at Bellevue and there is currently a movement in the group to schedule a weekday evening meetup as well. People bring in crochet, knitting, embroidery, any sort of stitched craft - and if you don't know how, just show up with some needles/hooks and yarn, and someone can get you started. It's one of the first places I've been to here in Zurich that feels like a community (and one that I want to be a part of).

I hope that everyone in the US had a wonderful Memorial Day weekend, and that everyone in Switzerland enjoyed the 2 days of sunshine on Monday and Tuesday - because it looks like that was our quota for the week. If anybody isn't familiar with Ray Bradbury's short story All Summer in a Day, it may help for some perspective (and for a slightly less depressing version, try the film adaptation).