Monday was the first sunny day we've had here in a long, long time (although I may have missed one while in the US), and I decided to take advantage of it by exploring a trail I'd seen leading off from our regional train stop. I ended up walking all the way into the city, which took only 30 minutes, even including my many stops and wanderings. I was impressed at the Swiss way of setting up their paths - they have no problems running them under huge highways or over creeks (bridges optional). I was also amazed at the number of people - all ages - who were out with various accessories - their dogs, kids, bikes, or walking sticks. I wondered if they were all unemployed, too, but I didn't ask.

I was sorry that I only had my cell phone with me, so the pictures are rather poor. I stuck near the river for the most part, and here's some of what I saw: 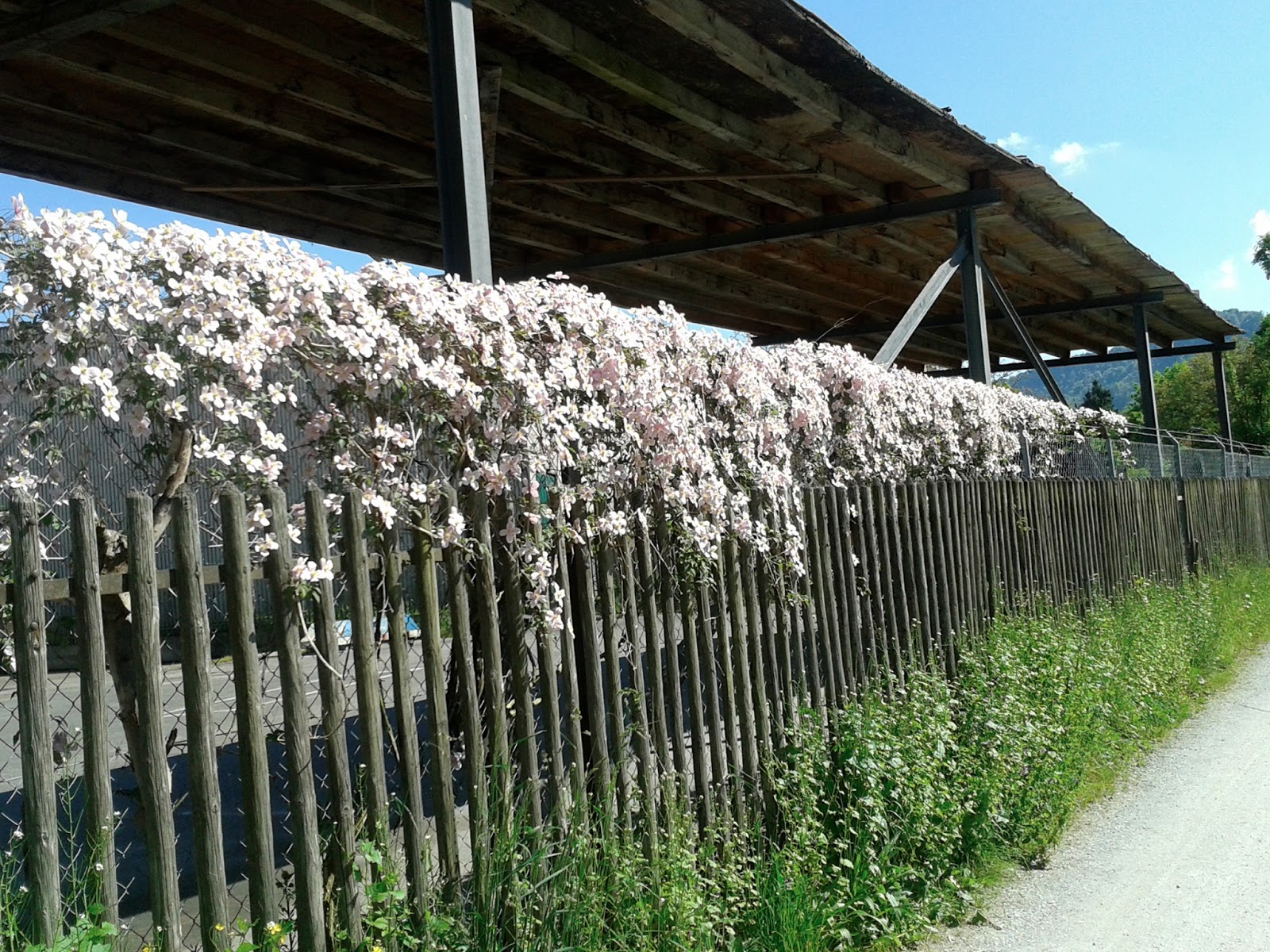 Also, the orange sign about the deer wasn't just for show. Last week, in the midst of fairly steady rain, I noticed this on the hill in our backyard: Deer are a common sight in West Virginia where I grew up, and I used to mock the tourists who would pull off to the side of the road to take pictures of the herds. However, this was my first European sighting, and  I was surprised to see one in such a suburban setting. It had a decent set of antlers on it and didn't seem bothered at all by the large apartment buildings less than 20 meters away. I still haven't managed to get any pictures of the hawk in the next field, but I have heard it cry a couple more times, so it must live in a nearby tree.