I made a list last month. But then again, I make a lot of lists. Daily, weekly, monthly to do lists; grocery lists; lists of goals, baking lists, wish lists. Lists of things I want, quotes from people (famous and not), character ideas, random queries. You get the idea.

But this list was about getting up and doing things - and it has succeeded in making me do just that. It's easy to get in a rut when you live somewhere - when I lived in Boston (10+ years), I managed to get to the MFA (which was right down the street) only 2 times, never made it to the Harbor Islands, and rarely ventured to any of the lovely little towns outside the city limits.

As the days speed by here in Switzerland, I was starting to despair that I would find myself in the same predicament, never venturing further than the grocery store and the well-worn sidewalks of Bahnhofstrasse. Hence, the list.

The list is supposed to take place over the course of almost 3 years, and I have no idea how many goals I'll reach. What I do know is that I have used it as the push I needed to get out and explore. I've been down streets in Niederdorf I'd never seen, I've tried  three new coffee shops (guys, one of them has red velvet everywhere - the seats, the walls, the decor - even the ceiling. It's like walking into what I imagine is a 1920s speakeasy - I'll cover it in another post).

Number 5 on my list is "Hike a Swiss Alp." I figured this would be a distant goal, once I had obtained chiseled arms and sculpted calves - I was fairly confident such things were required for scaling a mountain.

So, when a friend offered to take me into canton Schwyz (her home) with her stepfather for an afternoon of driving around rural Switzerland, I jumped at the chance. I figured we'd drive around, ooh and ahh over the cows and scenery, then I'd return to Zurich and tell B how nice it was.

The night before I got a message from her asking if I had hiking shoes. I hesitated, then texted back, "I have some hiking boots (?). I bought them for strapping on snowshoes last winter." She replied Boots? Hmm, ok, that should work and I should bring them because we were going to do a very easy, flat hike (her emphasis).

First lesson of the trip: I've heard the Swiss before talk about "hiking shoes," and I wasn't sure what it meant; in my mind they were like running shoes - sneakers with some slightly thicker soles. But all I had were enormous Columbia boots that, in my mind, were better equipped for feet of snow, so that's what I brought. Turns out "shoes" are a Swiss euphemism; both my friend and her stepfather pulled out their own pairs of huge honkin' boots that are (apparently) standard fare for hiking any time of year.

Second lesson: It turns out that you don't have to be mountain goat-adjacent in order to hike a Swiss alp. Many of them are equipped with cable cars, cogwheel rails, and various other contraptions to spirit you (partway or entirely) up the mountain, allowing you to choose both difficulty and length of your hike. As with most other things in Swiss life, it's efficient, considerate, convenient (and expensive - but totally worth it).

We ended up doing a beautiful 2-3 hour hike along Mt. Rigi, which is crisscrossed with several trails, allowing both exploration and challenges. The weather was gorgeous - creamy, puffy white clouds, a constant cool breeze, and scenery that constantly left me slack-jawed.

None of the pictures below have been altered, enhanced, or changed in any way (partly because I am too lazy to go through each one with iPhoto, partly because I want to share exactly how beautiful it was, unretouched). There's also a few more pictures on my Instagram account, if you care to take a peek. 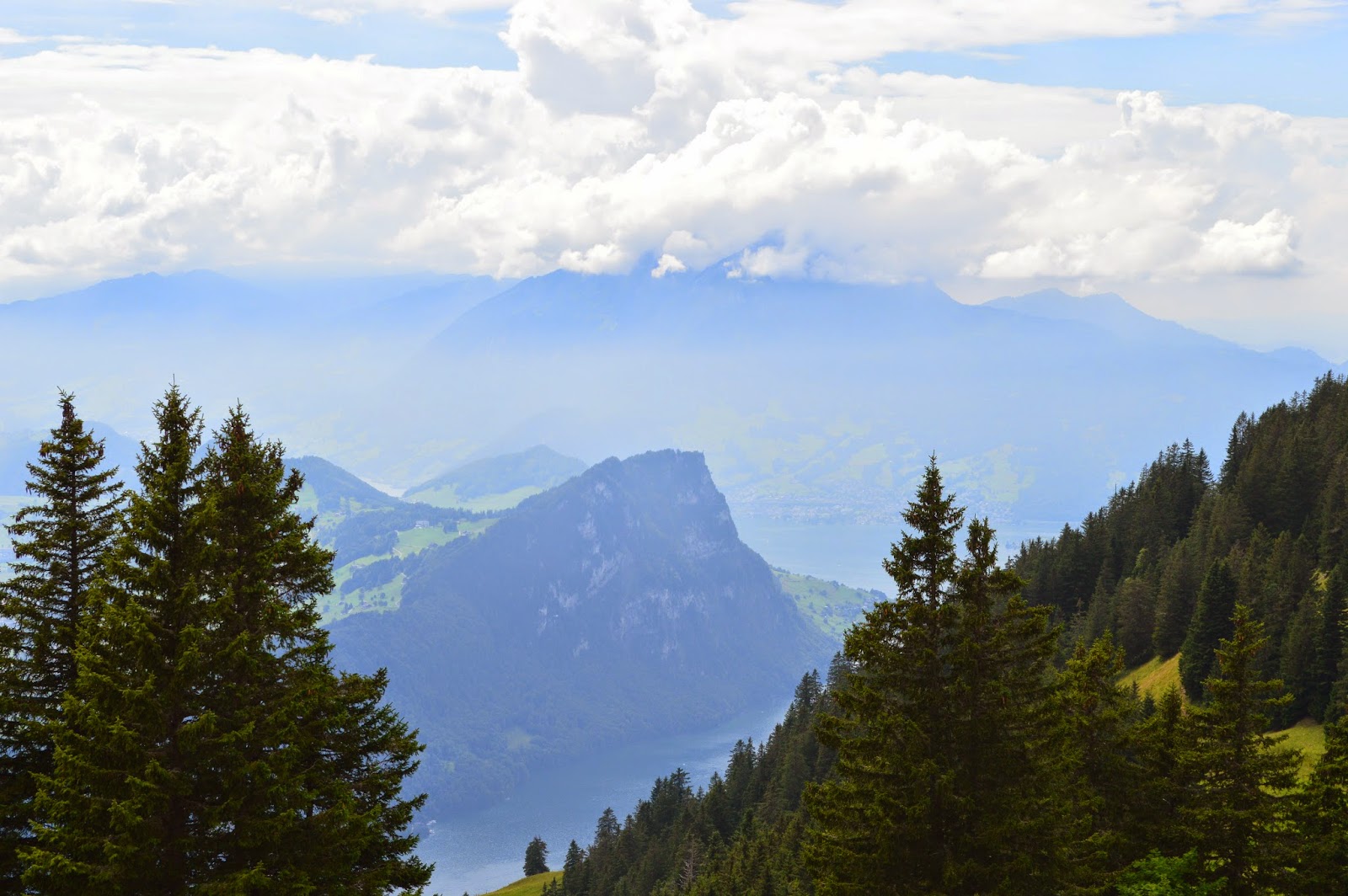 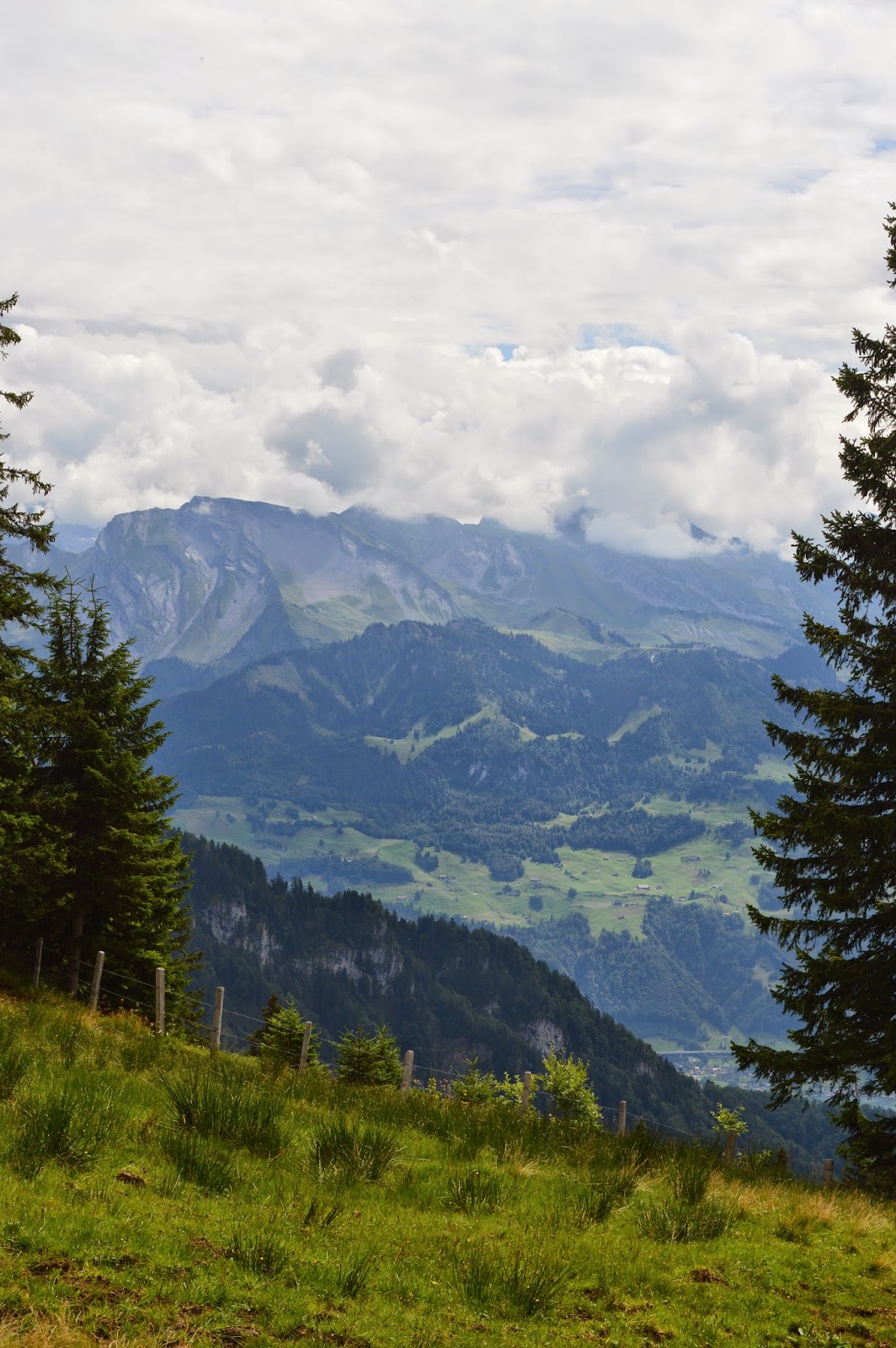 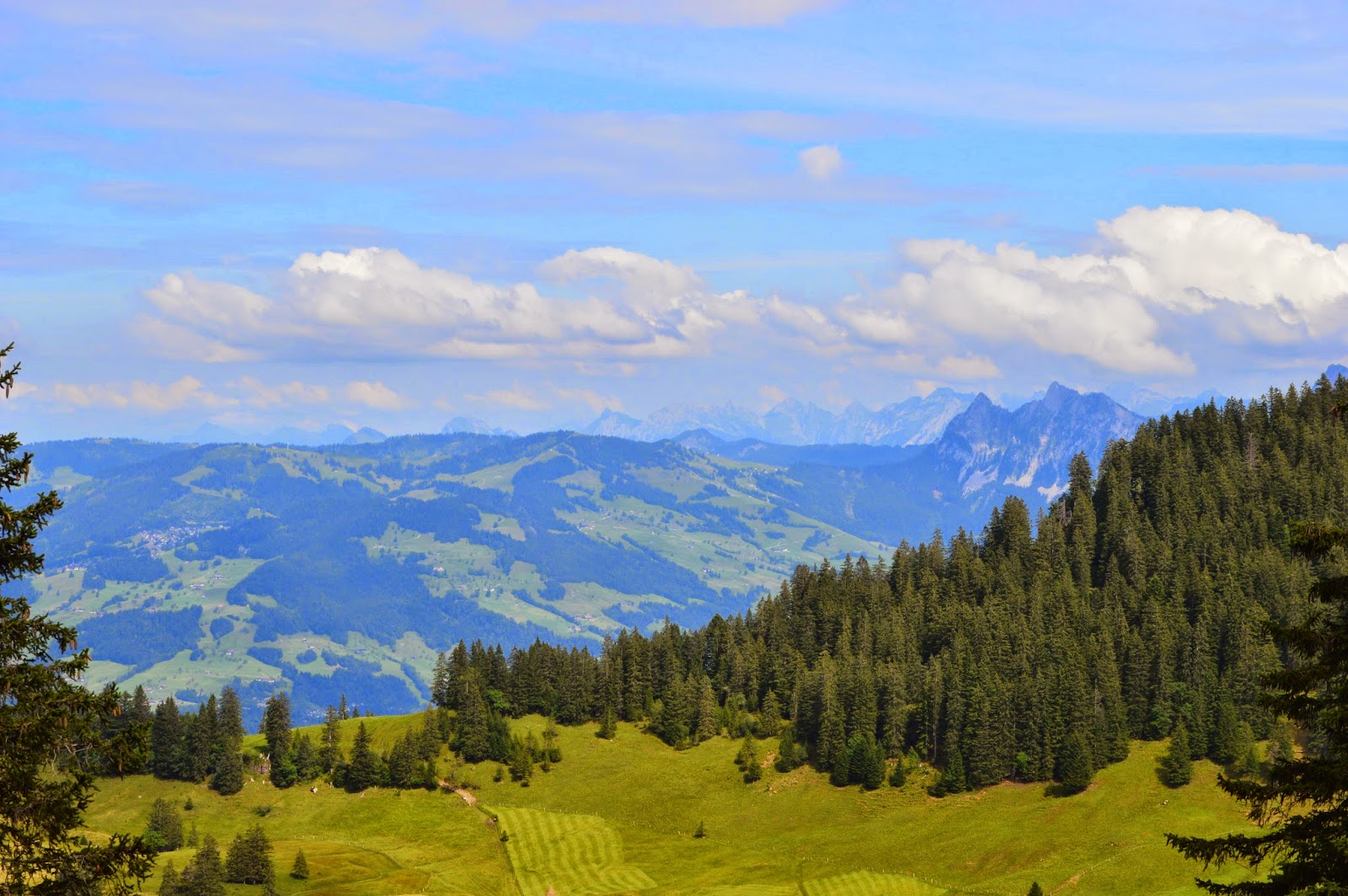 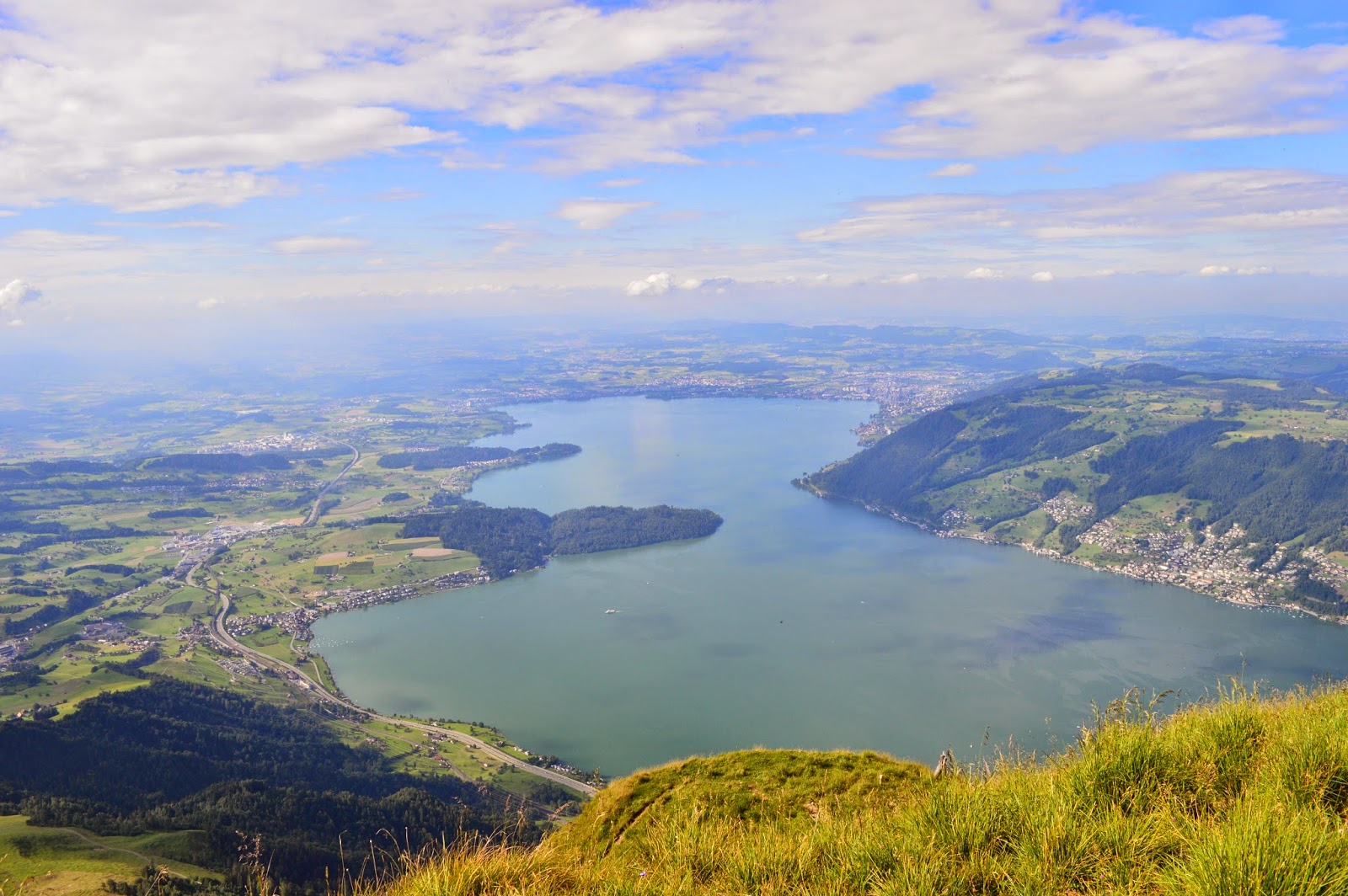 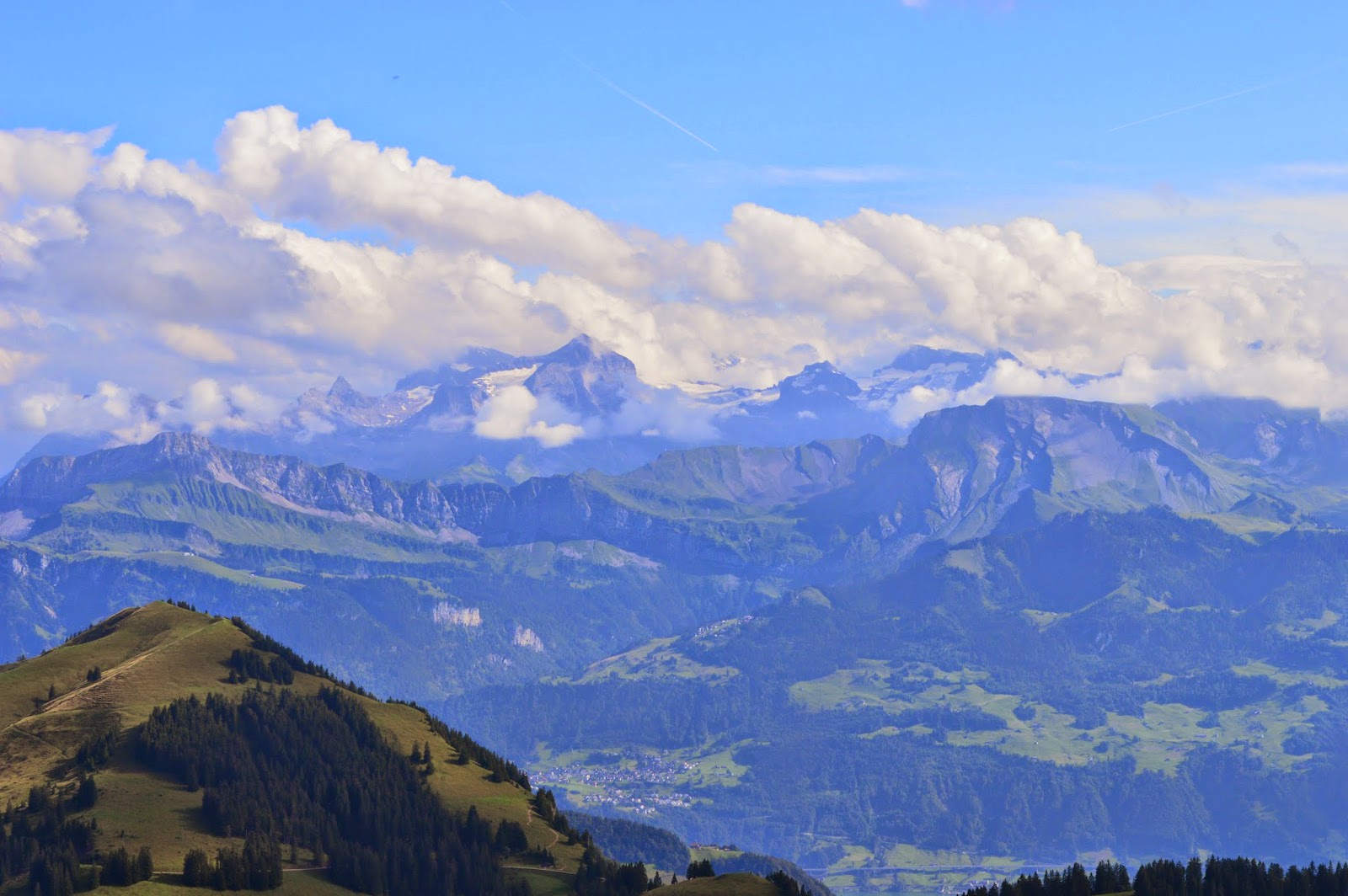