On Saturday, B and I had two apartment viewings in the morning (both a bust, unfortunately. I am flexible about many things, but I will not live in a place with a dorm-sized refrigerator) and then a few errands to run. After that, we headed off on an exploratory date to Zurich West, the hottest upcoming area of town, according to Newly Swissed. 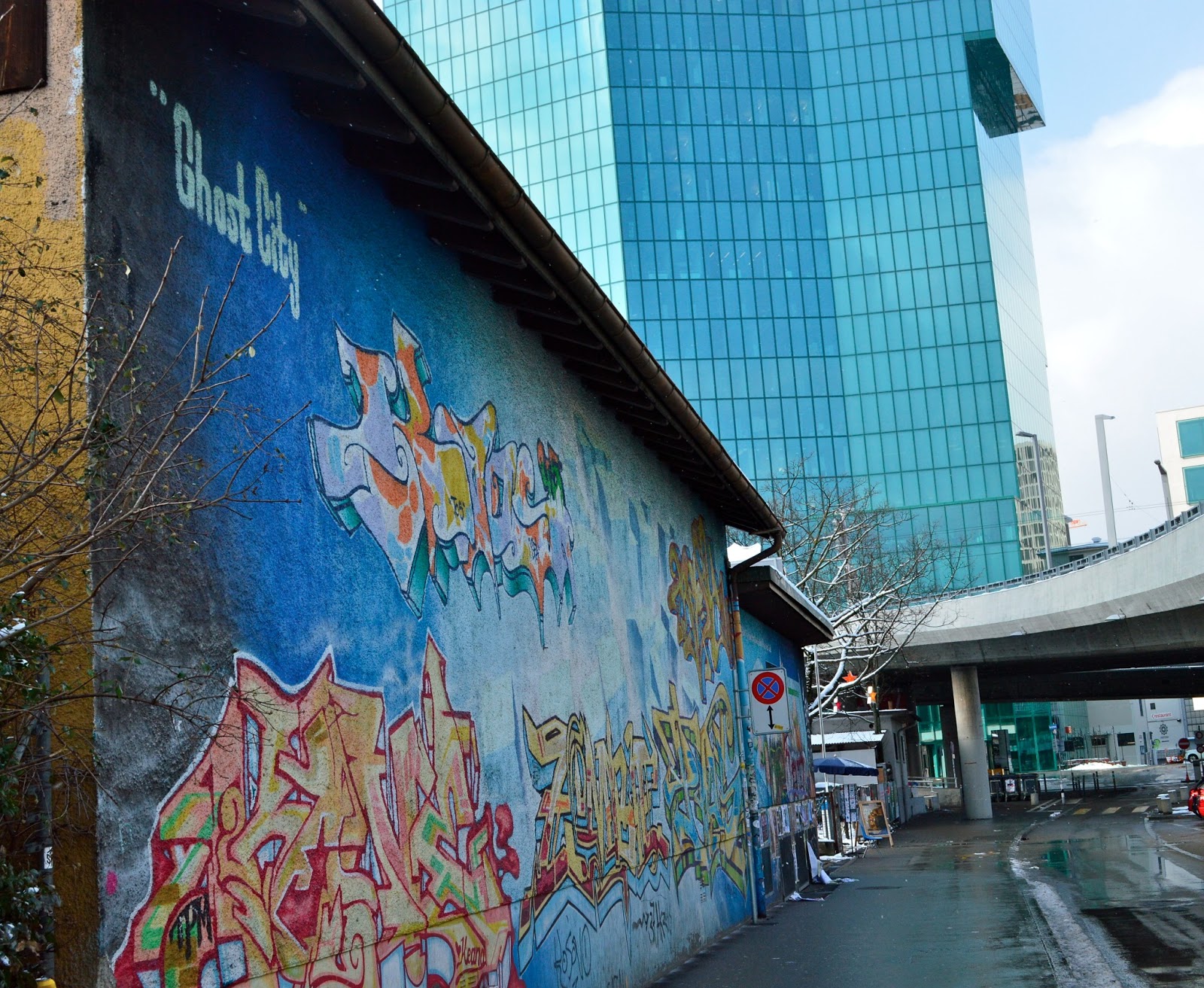 I was glad I had read the article and double checked the addresses, because otherwise I would've walked right by the first set of "designer shops" and dismissed them as vacant buildings given over to graffiti. Even after reading that the Freitag store was made from former shipping containers, the reality was stranger than I expected.

Freitag makes its bags from old truck tarps, seat belts, and bike tires, making each one unique. I certainly applaud their ingenuity and some of the bags were quite attractive. I just wasn't fond of the rather large price tag that went along with them (to be fair, there were some wallets and small bags that were under $100).

There were also several other high-end shops in the area, although both B and I found ourselves hesitant to enter stores that looked, at least on the outside, convincingly abandoned.


There was even a shop in a bus. 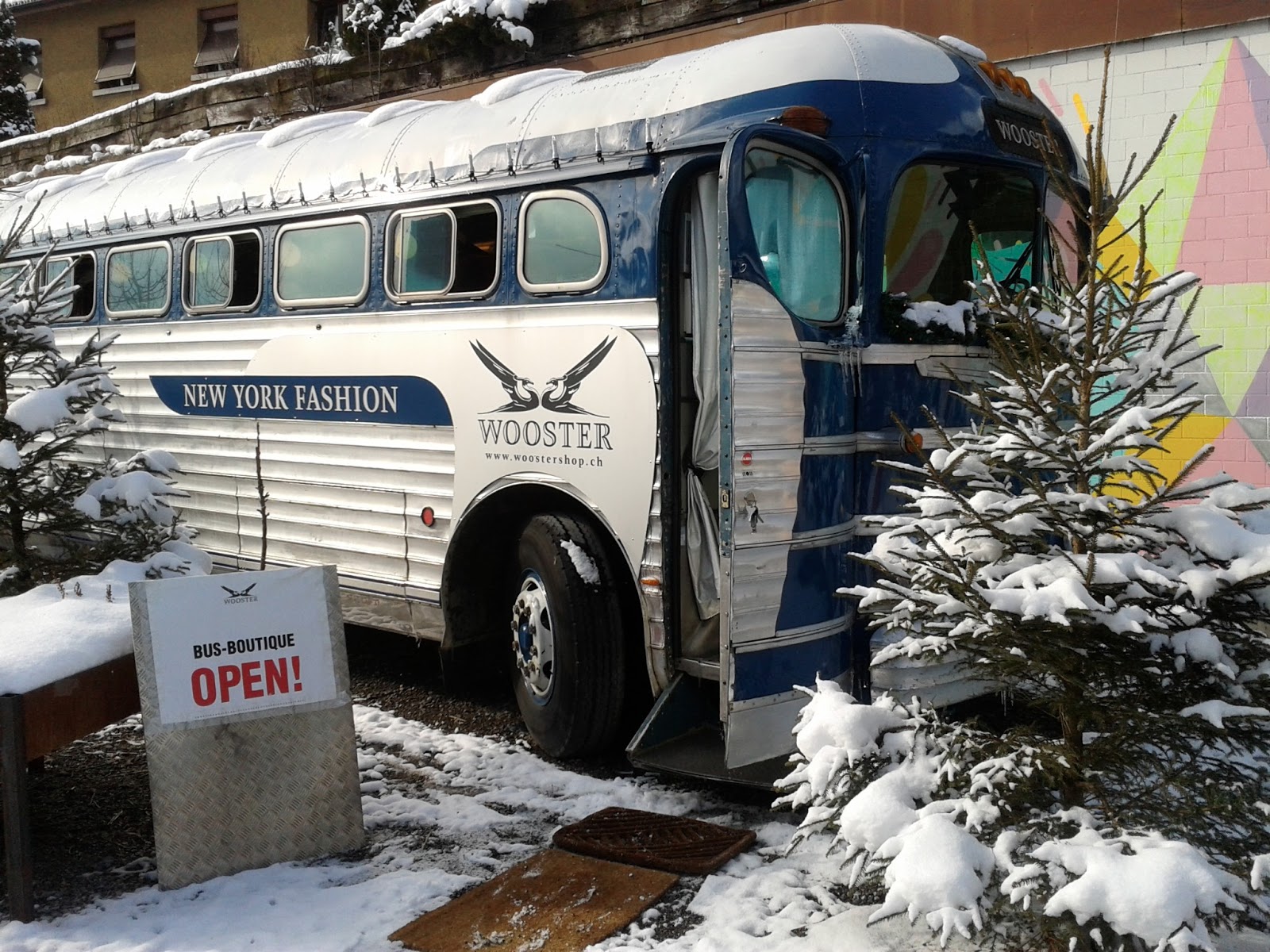 They actually had a lot of cute items (in my opinion), although no place to try them on, and the lighting was quite poor. This made more sense when, as we were leaving, the salesman asked if we lived in Switzerland. It turns out that they have an online shop with free shipping anywhere in Switzerland - I'm inclined to believe that the "bus boutique" is more of a novelty than profitable venture.

We then headed off to a new shopping district nearby called Im Viaduct. On the way, we discovered more (overly) expensive, upcycled stores, including a furniture store selling items such as file cabinets that already have rust and scrapes (Ok, ok - I know this is a style and I've seen it done attractively in magazine layouts, but to me the concept is similar to buying jeans that already have holes in them. I fix or throw out my jeans when they get holes in them - why would I purchase ones that are pre-damaged!?). 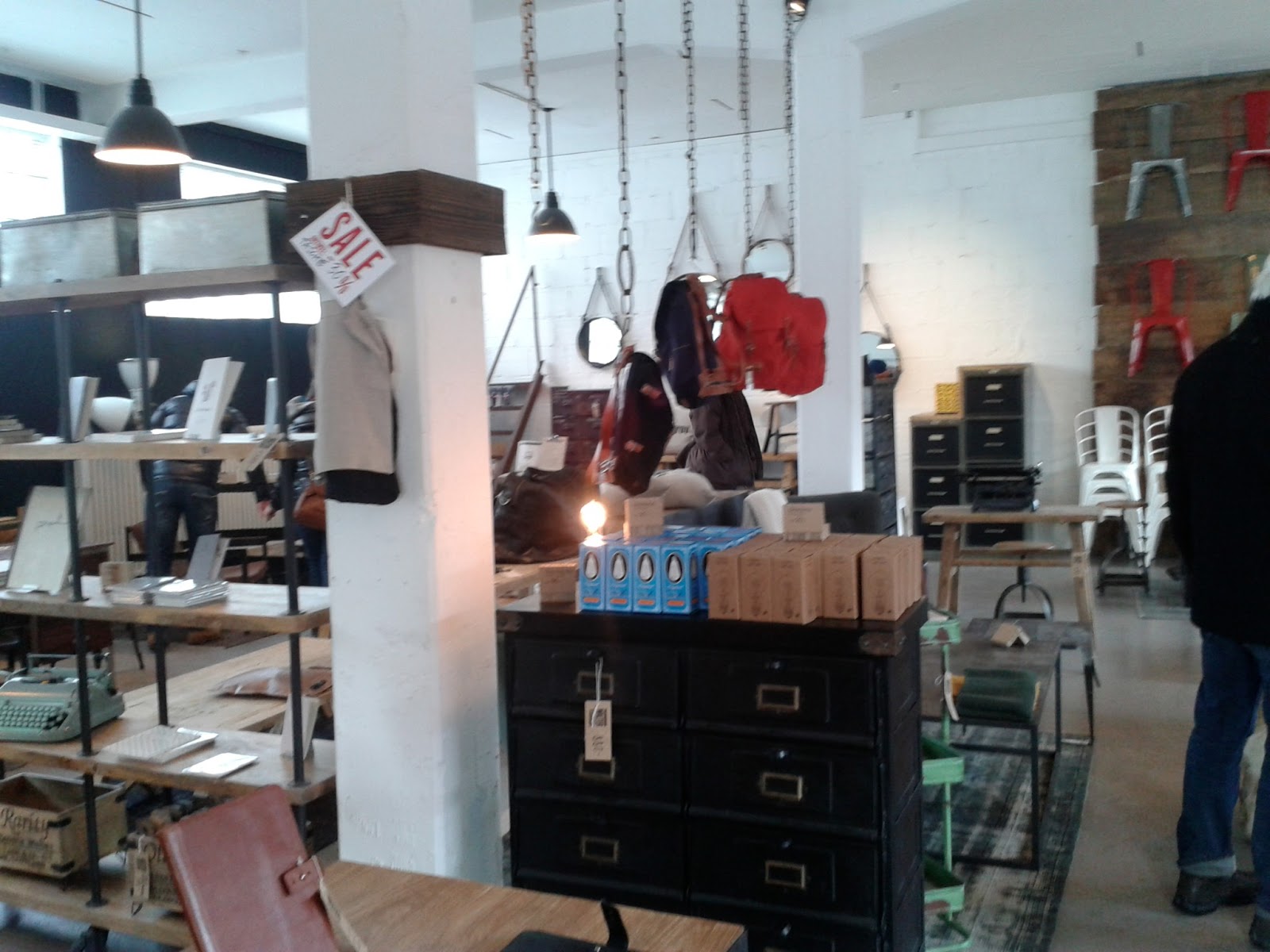 One interesting observation I found was that about half or more of the books sold in these stores were in English - the highest percentage I've seen anywhere in Zurich (well, outside of the English bookstore). I'm not sure if this is because there are many native English-speaking tourists that come to this area, or if English is just the most likely language that any tourist will speak (Salespeople in these shops spoke at least four languages, probably more - we were not in the shops for long). 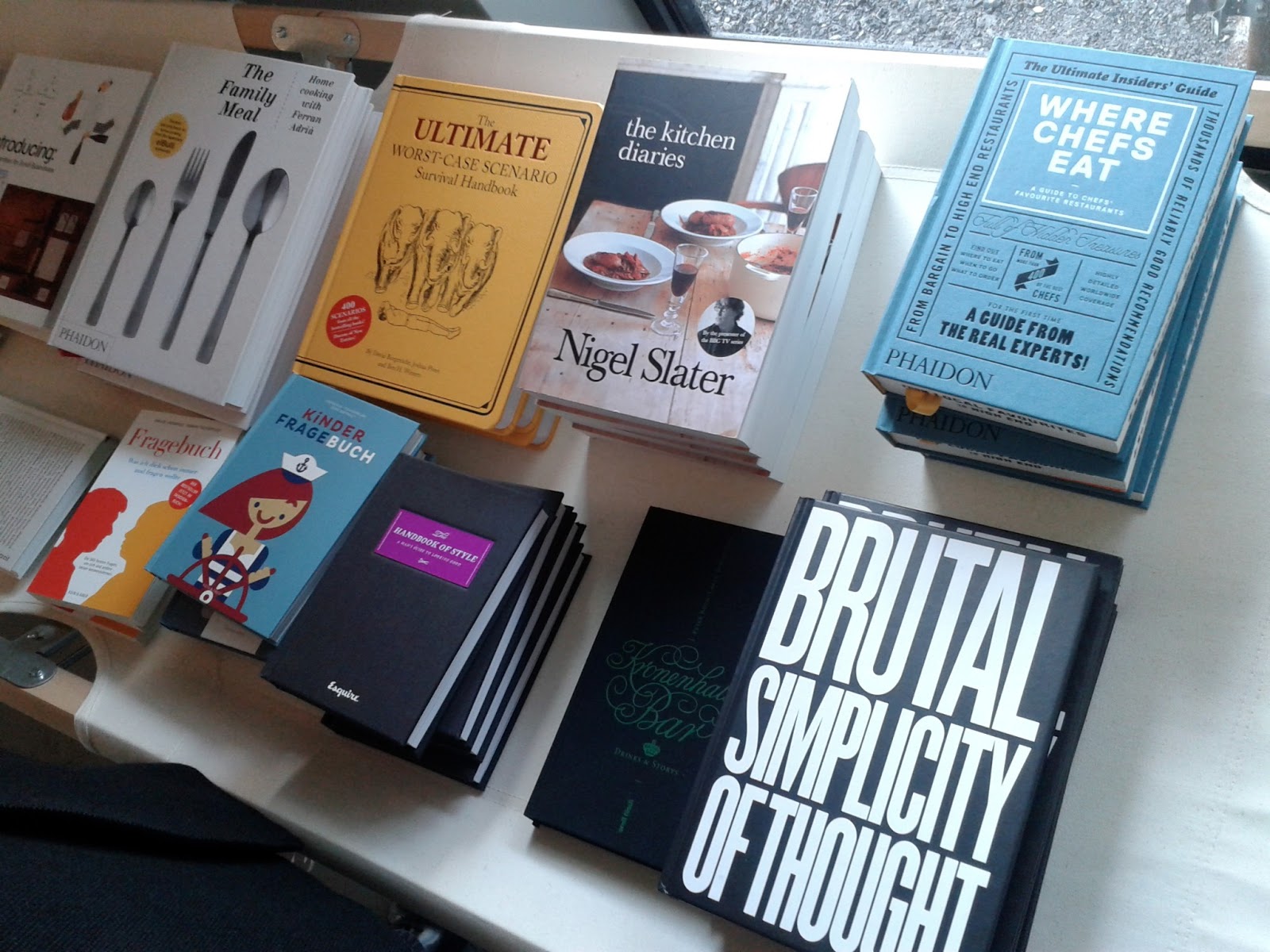 Im Viadukt had a wider array of shops - some stores, whether clothing or furniture (or of unknown goods) were open by appointment only, while others were brands I had seen around Zurich and were fairly middle-range (well, for Switzerland. I am still in off-the-boat shock at all prices in this country).


We didn't spent too much time browsing in the shops, though, since by this point I was starving. At the far end of Im Viadukt is an indoor market (called Markthalle), with lots of little stands selling produce, wine, cheese, and pasta. There is also a restaurant there that has daily specials and (if google translate is correct), uses items from the stands in the market to make many of its dishes. B wisely steered me away from the food stands and we sat down for lunch immediately. The menu turned out to be rather indecipherable (even google translate on our phones often didn't know what to do with the words - perhaps it was in Swiss German?), so we each opted for a daily special that we felt confident we knew what we were ordering. I ordered pasta carbonara, which was tasty if nothing special, while B ordered a cordon bleu that was decidedly delicious, and I thought the potatoes that accompanied it were possibly even better.

The best part of the meal was by far the dessert. We ordered a chocolate creme brulee with cardamom. The cardamom was very strong, the chocolate was almost bitter, and the real sweetness in the dish came from the caramelized sugar on top. It was unbelievably good - the sole problem was that we only ordered one and had to share it.

We returned home after, tired and fully satiated.

Overall, I was glad to get to explore a region of the city that neither B nor I had seen before. Fundamentally, we're just not trendy (or rich) enough to participate in the area, but it was certainly lovely to walk around and observe. And I'll definitely return, even if only to order dessert over and over (and over) again.