A walk on the Uetliberg

I've been under the weather the past couple days, which mainly involves sleeping and lying about, dragging myself to German class, followed by more lying around (with several apartment viewings mixed in - we applied to another yesterday evening, so fingers crossed!). So our Valentine's day was a bit of a bust - I fell asleep by 9 pm, and that was the latest I'd been awake in the past three days. We'll do something fun this weekend to make up for it - I definitely owe B for putting up with a sick, listless wife all week. 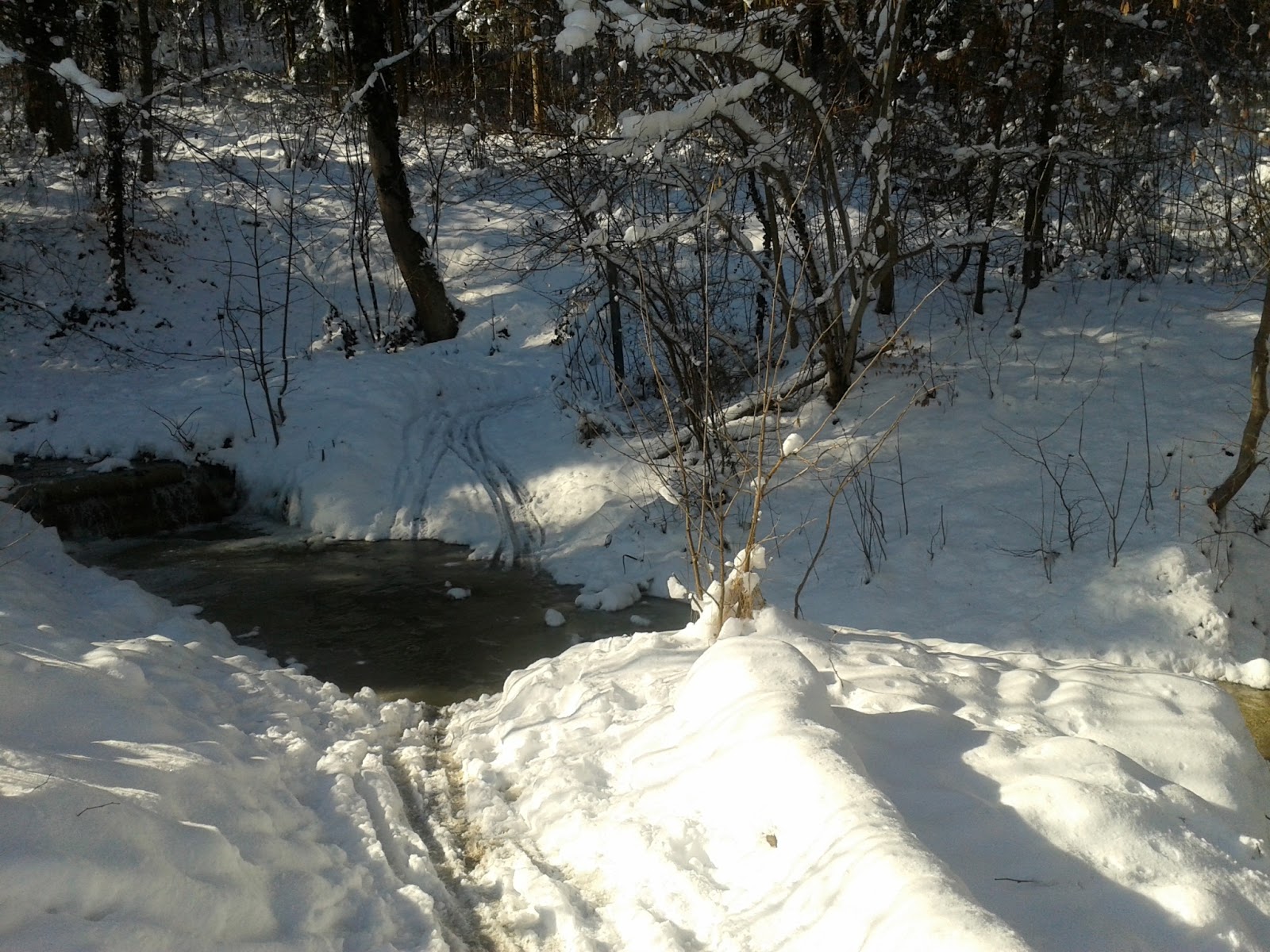 However, I was feeling fine last Sunday, so B and I decided to go for a walk up Zurich's nearby mountain, the Uetliberg. Once there, we realized there had been a slight miscommunication about "walk" vs "hike" - B was ready to head straight up the side of the mountain, while I wanted to walk along a nice trail that circled the base and wasn't nearly as challenging. We did the latter, so we didn't make it up to the top for the spectacular view afforded there (so I've heard), but it was still a beautiful outing. 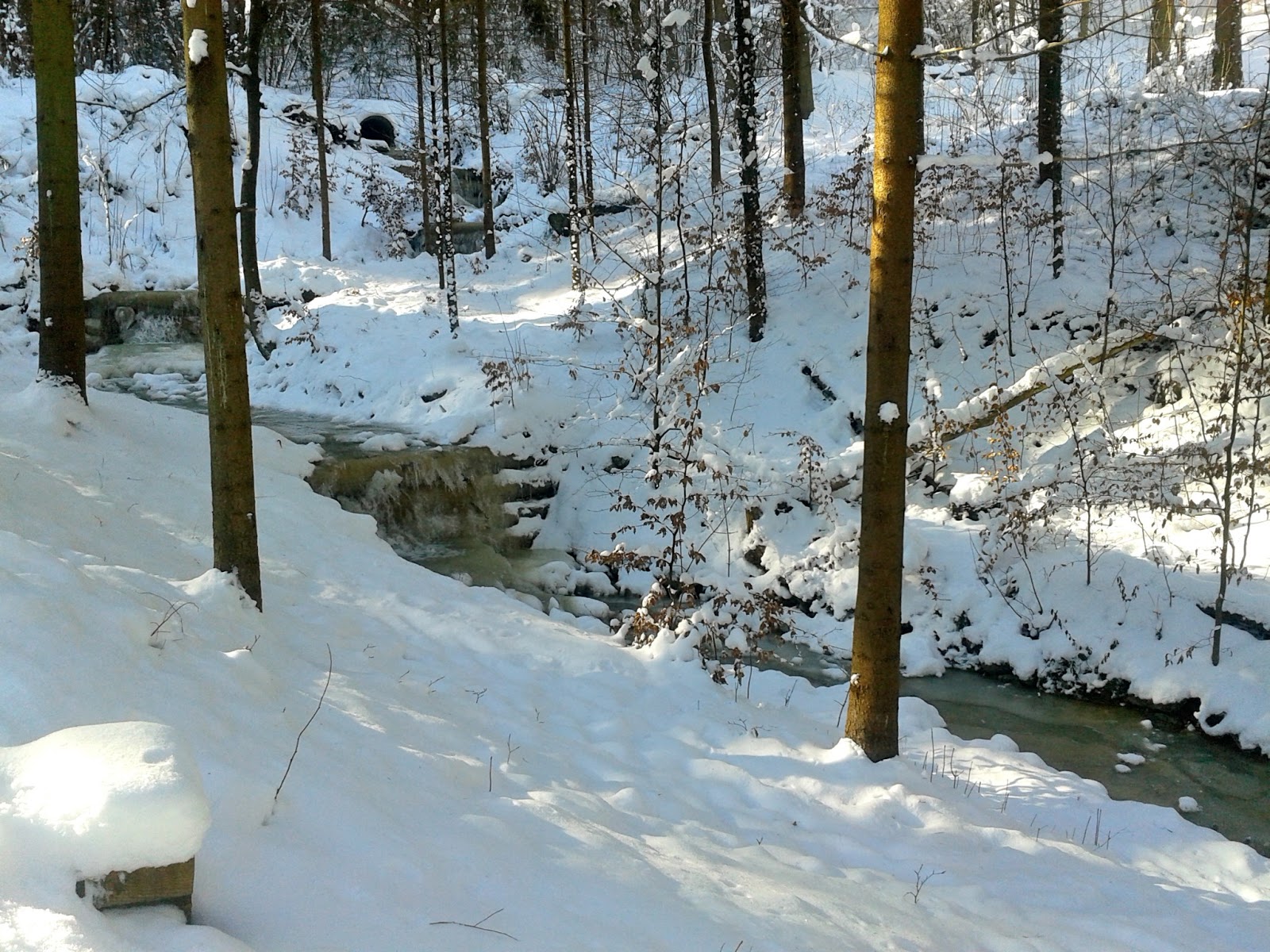 Zurich has had almost constant snow since I arrived, from light dustings to heavier snowfall that affected transportation. I've been told by those in the know (aka, people who live here) that the amount of snow this winter has been highly unusual, at least for the city itself. Sunday happened to be a clear day, one of the few we've had, so the scenery was just wonderful. The Uetliberg is heavily crossed by sledding and hiking trails, so even the streams are nice and orderly. 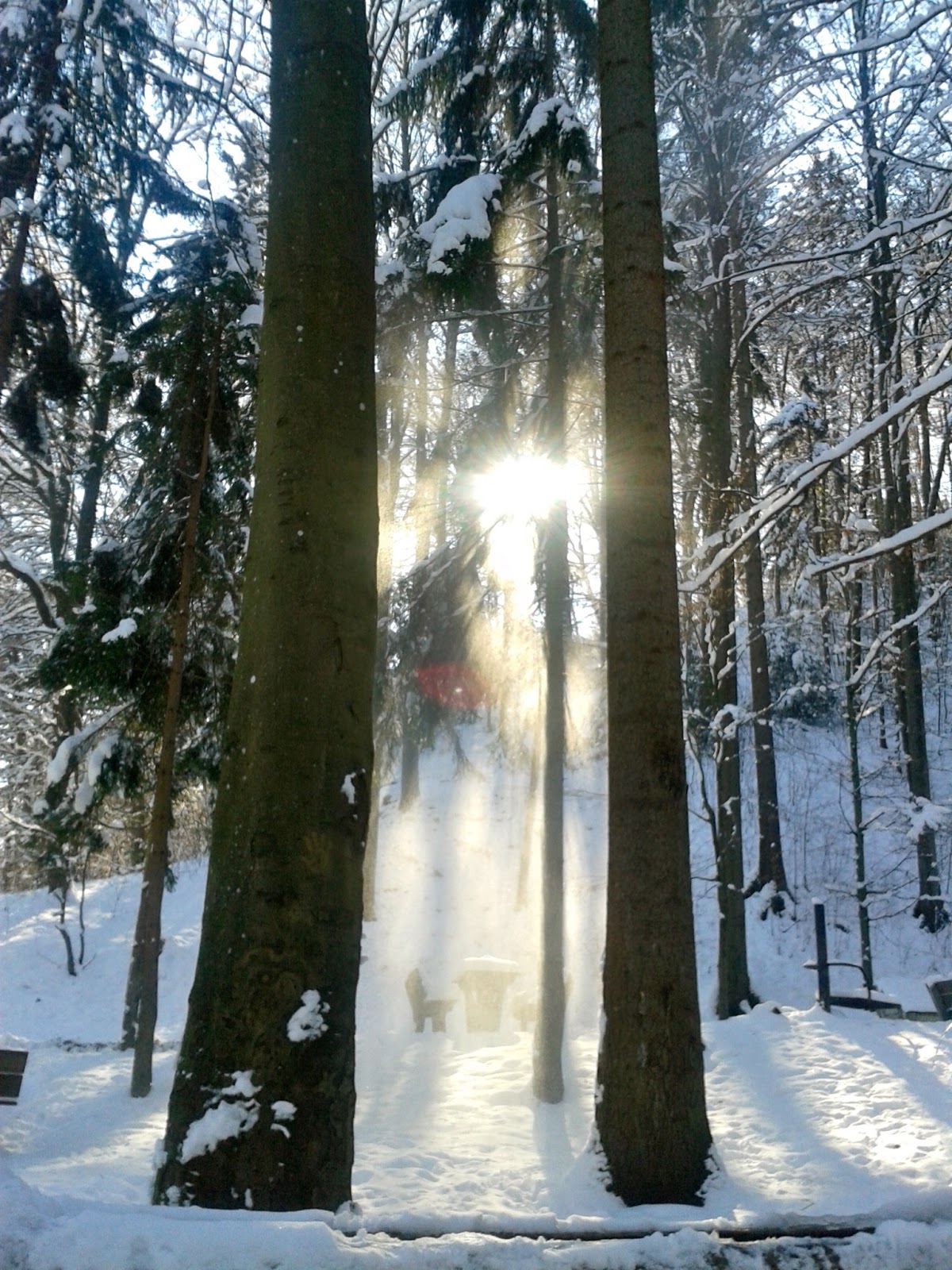 The manmade touches were subtle, though, and mixed with nature's beauty well. I was especially pleased when there was an opening in the trees and we managed to get a view of Zurich, even without traipsing too far up the mountain. 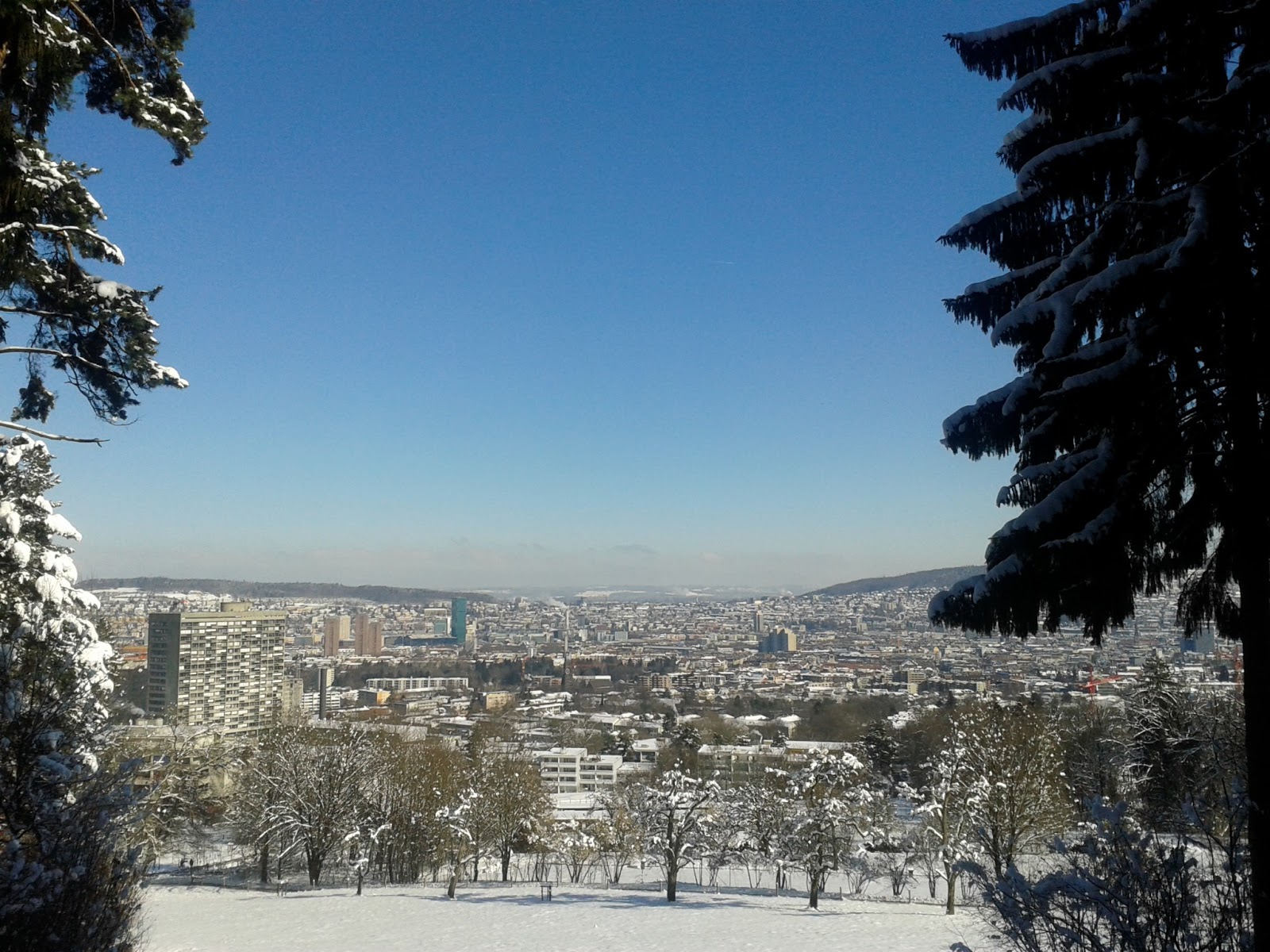 We headed back down shortly after, but we will definitely return - maybe once I'm a bit more in shape and am prepared for an actual hike (that means bringing snacks. One always needs snacks for hikes).
Posted by Unknown at 9:53 AM