What we've been eating

Thanks so much for everyone's comments about the last post (on fb, if not on here) - although now it's possible that I have blown the entire story way out of proportion and everybody will read it on Wednesday and be like That's the big deal? and be all disappointed and send me hate mail. I think I'm ok with that - I don't get much personal mail, so I'll be excited.

Anyway! I posted a chocolate cake recipe a few weeks ago, but we've been eating more than just that. In fact, I've been trying out new cooking recipes just as much as baking ones, which is good news for my waistline (other than the cinnamon roll cake that B and I almost finished off singlehandedly - I didn't get any pictures of that, unfortunately).

In anticipation of possibly hosting another couple, I spent one weekend messing around with various courses.

As an appetizer, roasted garlic and avocado on baguette slices. No recipe for this - after roasting the garlic in the oven for about 45 minutes, I smashed the cloves with avocado and added a generous dollop of goat cheese, salt, pepper, and lime, then spread it on some lightly toasted baguette slices):

As a main dish, I attempted my first ever rack of lamb with some roasted potatoes: 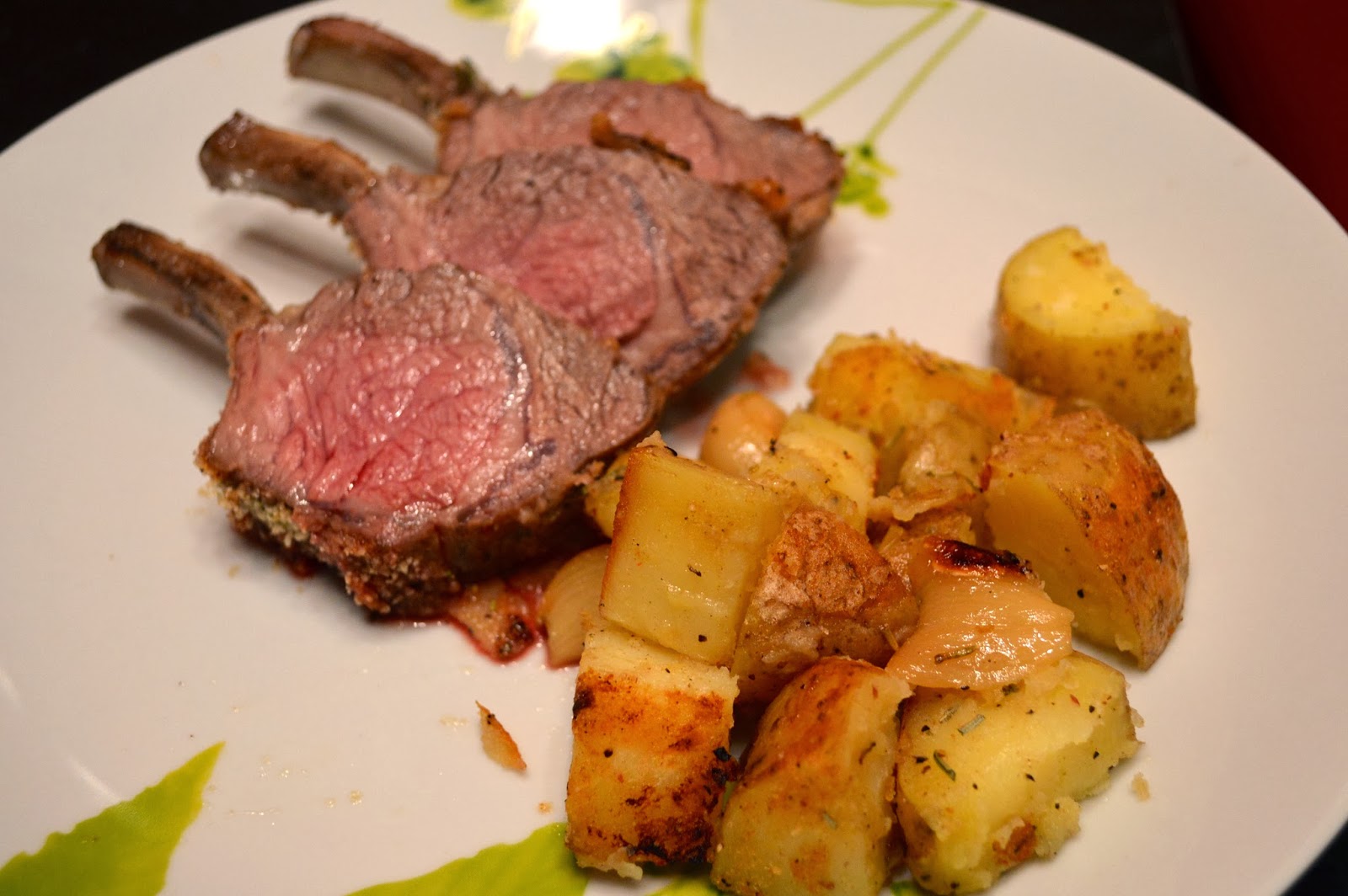 But I think B and I enjoyed the oven fried chicken with scalloped potatoes the following night better:

And then for dessert, I made my first-ever chocolate souffle! I think it turned out like it was supposed to, but I realized after devouring it that I'd never actually eaten one before. But I have seen every MasterChef episode, so I'm pretty sure that makes me an expert.

The next night, to celebrate the return of berries to Zurich-area grocery stores, I made berry shortcake using my favorite baking powder biscuit recipe. Which, upon extensive searching, I realized I have never posted somehow. This is a terrible oversight on my part, so the recipe is below.

Combine flour, baking powder, sugar, and salt. Cut in butter with pastry cutter (not too fine! Should look like big coarse bread crumbs). Beat egg with milk and stir into dry ingredients until just moistened. Turn dough onto well-floured surface and knead briefly until the dough comes together. Roll to 3/4 of an inch and cut. Bake at 450F (220C) for 8-10 minutes until the tops turn golden.

Note: when I'm making the biscuits for shortcake, I often add in a splash of vanilla to the liquid and double the sugar. Because I'm naughty like that.

Then, yesterday, I made a rustic caramel apple tart, but I used pre-made crust, which made me feel like a bit of a cheat (although I did make the caramel from scratch - does that even out the baking karma?).

Delicious! It's been fun branching out to new types/cuts of meat - mostly dictated by what is on sale at the grocery store, as I take the 50% off stickers as personal challenges - and experimenting with how to make the ever-present potatoes here in Switzerland more interesting. And I think B also appreciates the expanding repertoire of recipes as well, although he still requests Mexican (by which he means guacamole and chips) about twice a week.