A church and some donuts

Last week, I visited Sibler, a specialty store in Zurich that is a virtual kitchen mecca. It was so fun to wander around, and I purchased several items to help me play around with fondant (I believe I mentioned this as a future trip in this post). The shop is in an area of town that I don't usually get to, but I luckily had my camera with me and the weather was beautiful. 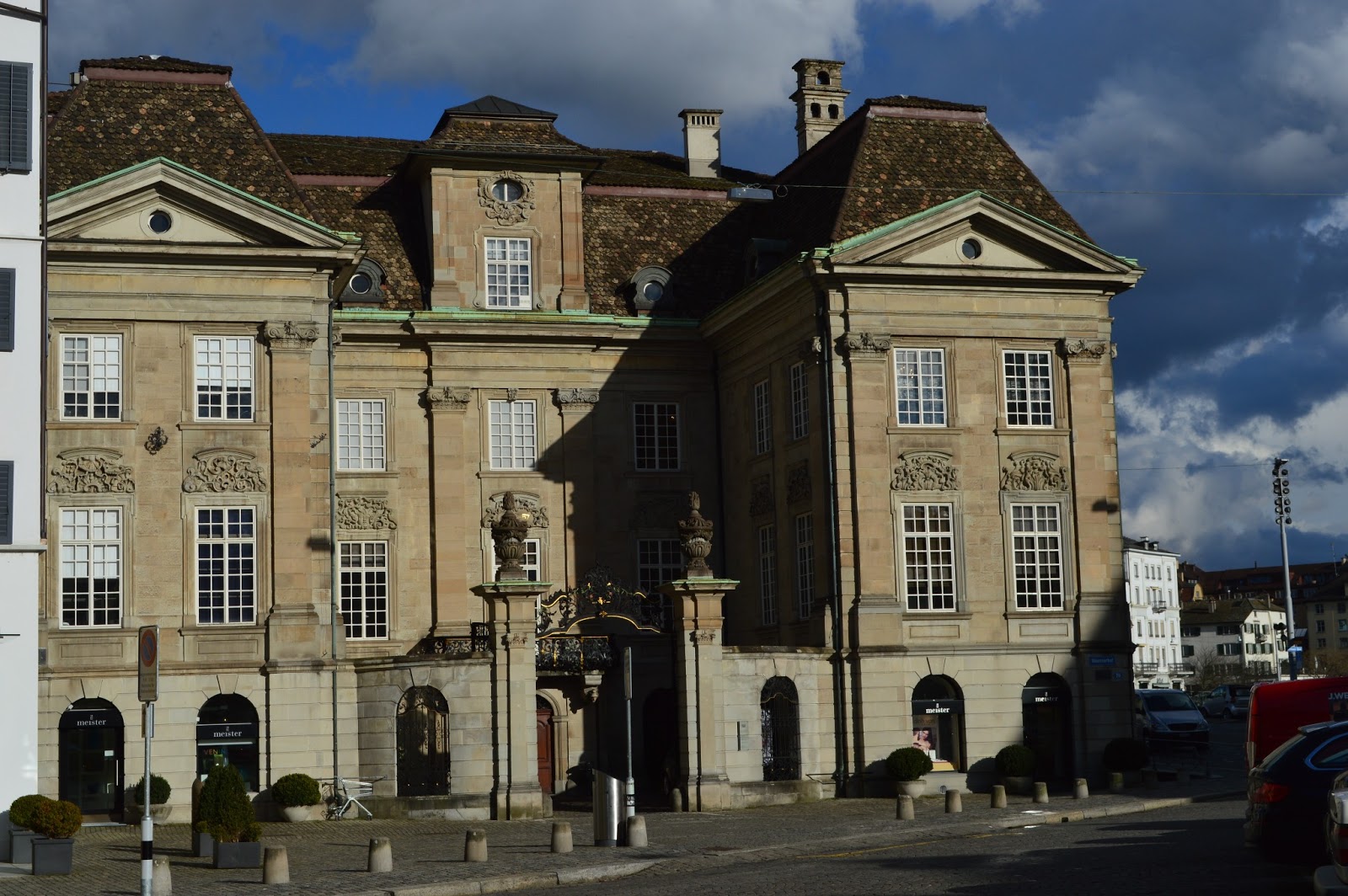 Sibler is in part of the old Zurich town, with cobblestone streets and right next to Fraumünster, arguably Zurich's most famous church. The church is perhaps not as fancy as many you may see in France or Italy, but it certainly towers above the local landscape (and now looking at Wikipedia, I find that is has five windows by Marc Chagall - must return and actually go inside).

Unrelated, but as I was walking to Sibler through a parking lot, I noticed a super fancy car that was parked at the end of a row, although technically there was no parking space marked (an all-too-common sight in many US parking garages - certainly the one at Boston Logan airport comes to mind). I shook my head in disgust - people are the same everywhere. So imagine my delight when I finished taking pictures of the square and turned around to see a policewoman ticketing the car. I was so strangely excited to see someone get their comeuppance that I snapped a picture...

Yep, she's definitely staring at me. So I quickly angled my camera up and took a picture of the building behind her, as if that was my original intention.

Then I slunk into Sibler before she started to question me (I don't know how to say "I was just so happy to see you doing your job! You issue that ticket!" in German). I would be a bad international spy. Subtlety isn't my thing - plus I am terrified of authority, so that would be an issue, too.

The Sibler store itself was great fun to explore - they have baking supplies, pans, fancy kitchen knives, woks, fondue pots, and much, much more. Many of the items had descriptions in half a dozen languages - which was good, because there were definitely things that I had never seen and had no immediately apparent use.

I took a parting shot of the store as I left - mainly for the adorable hand-painted chairs and tables out front. I have no idea if they were part of the cafe next door, whose outdoor tables had a distinctly different style, or if Sibler itself has a way of serving coffee, but I wasn't brave enough to sit down and see if someone approached to take my order.

I have made a concerted effort for B and I to eat healthy, so unfortunately that means not as many baked goods. However, I needed to use up some fruit yesterday, so I made a pear berry crisp, and then these chocolate donuts with blood orange glaze (the latter used up all of 1.5 oranges, but I'm still counting it). I cannot recommend the latter highly enough. The donuts are baked, so are supposedly "healthier" than fried - although that word goes in quotations because well...the glaze abolishes any attempt to claim these as a smart diet choice. If you don't have a donut pan, please don't let the lack thereof discourage you from trying these - I think they would work just as well in cupcake or even a cake pan. The combination of the rich (not sweet) chocolate with the orange glaze is SO GOOD.

I did make a few changes - I threw some orange zest into the batter and for the glaze I just used the blood orange juice, heavy cream, and powdered sugar (skipping the butter and the corn syrup), but it still tasted great in my opinion.

The first batch was a little questionable, since my Celsius oven apparently doesn't go down to 325F, and I overfilled the donut pan so they were a bit messy and took FOREVER to bake (but still tasted good). I turned up the oven to closer to 375 (F) and used less batter, and the next two batches were much prettier. I also couldn't get the feel of dipping the donuts, so I just drizzled the glaze over top. Whatever works! (That should be my baking motto).