It finally happened - I completed a crochet project on time! Ok, mostly. I finished the below blanket a mere hour before the baby shower, although I did not get the amigurumi elephant done that I had planned to accompany it (there's still time! Another 2-3 weeks before the actual due date). I only did one repeat of the outer border row, since I didn't have time to do more think it needed more than that.

I love finishing projects. Actually, I hate it - I abhor weaving in the ends and all that tedious stuff, but I love the feeling of the project being finished. It's all neat and tidy (hopefully), and even if it's a little wonky, I can still check it off as complete and move on to the next. It's rare that I can say this is absolutely finished and I never need to do anything more with it (in any aspect of my life, really). Plus as a bonus, it's a physical creation that I can touch and say, ooohhh, so soft! 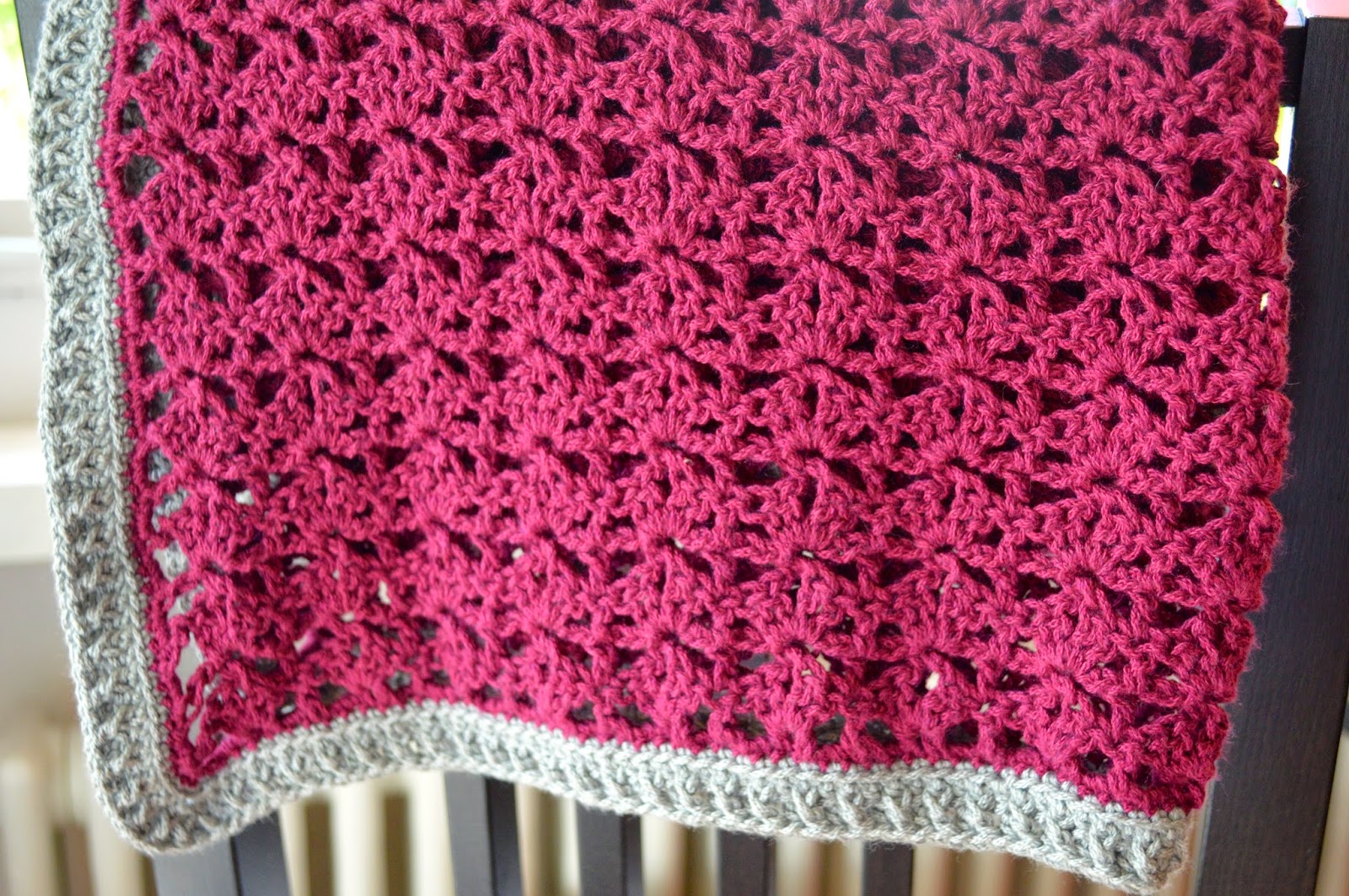 I'm happy with how the blanket turned out, but I wouldn't use the pattern again - it's just a little lacier than what I would want for a practical baby blanket (although hopefully it will be nice as a decorative piece), and I found it a little strange, especially with such a solid border.

So because I have no self-control and finishing things is addictive, I started my next project the evening after the baby shower. This baby blanket is adapted from a free pattern from Lion Brand Yarns, although since I was using a non-bulky yarn, I increased the repeats/size. I originally bought the lighter teal thinking I would use it as the main color and choose a pattern with the darker teal as a border, but I started to have doubts, so I went back and purchased the white. Definitely a good idea, I think. Very happy with the way it's working up.

The yarn is from Lang Yarns, called Nelly, and it's a cotton/acrylic mix. It's thicker than what I've used for the other blankets, so the resulting blanket will be cozier (and probably not usable during the warmer months - any friends in the Arctic circle procreating these days?).

In addition, I have started a scarf using this amazing "Sweet Eleanor" pattern, which is universally adored in all the comments. So obviously I am doing something wrong...I'm only a few rows in and I plan to keep plugging away, but currently it looks a hot mess.

I think the main problem is that I chose a freakin' variegated yarn again. I should be banned from buying these things, as I ALWAYS pick some pattern that plays against the yarn, rather than with it. In my defense, I thought I had chosen one with a slow/gradual color change, so I was hoping for something like this:

Look how gorgeous that is! Such an epic fail on my part. Most likely the scarf will soon be frogged and I will re-appropriate the yarn for a project that has a chance of succeeding - perhaps some socks or a super ugly shrug.

I do love the pattern, though, and I want to give it another chance - perhaps with some beautiful yarn that just arrived 2 days ago in a my first "Swiss Yarn Box" from Kaya Lana, a birthday present from B. I was sooo excited to open this thing - and I was right to be so! They sent two skeins of yarn - 50g of a cotton/silk mix in a beautiful grey blue and 100g of a hand-dyed merino from Yorkshire in brilliant green. The merino seems like an excellent candidate to redo the Eleanor scarf. And in a brilliant marketing move on Kaya Lana's part, they include a discount code (10% off) for ordering more of these specific yarns. Which of course I might really need. 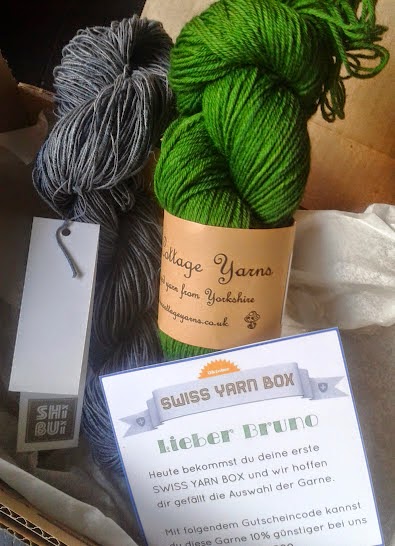 Does anyone else get the itch to craft when autumn comes?
Posted by Unknown at 10:14 AM