I stalled out on some crochet projects a couple months ago, but have picked them back up over the past few weeks. And to a bit of my surprise, I've actually finished (or close to!) several of them. My current big project is a sampler afghan, in which every square is a different stitch. It's been great - I've now learned how to rib and cable with crochet (techniques typically associated with knitting), as well as some other attractive stitches. Unfortunately, I slowed down on a square for which I found the written instructions a bit confusing and the final appearance significantly less attractive than the images in the pattern. Ah well.

To distract myself and still scratch my crafting itch, which has become difficult to ignore as the weather has cooled and greyed, I've done a few other projects. My favorite is definitely the shawl I finished just last night:

Unfortunately I only bought 4 skeins of the yarn, so it's a bit smaller than the original pattern intended. I also made my own edge with a bit more ruffle to it. Overall, I love it. The yarn is a silk/merino/cotton blend, so it's unbelievably soft and very warm. The pattern was super easy as well - I crocheted this from start to finish in 4 days. Highly recommend!

I'm also almost done with a scarf that I'm attempting without a pattern - which I feel now to be a mistake, but since the scarf is 90% or more done, I'm not about to restart it. Oh well!

I based it on a simple wave pattern, which I thought would look nice with the blue colors, but the yarns are more novelty than I'm used to, so the entire scarf feels a bit stiff and looks quite awkward (imo). I think a looser stitch would have been better to give these yarns more pliability (that is so not a word that I've ever seen applied to crafts, but maybe I'll start a trend). Win some, lose some! Unless anybody out there needs a scarf that isn't very warm or snuggly?

And finally, I finished another market bag, this time in blue with brown handles. 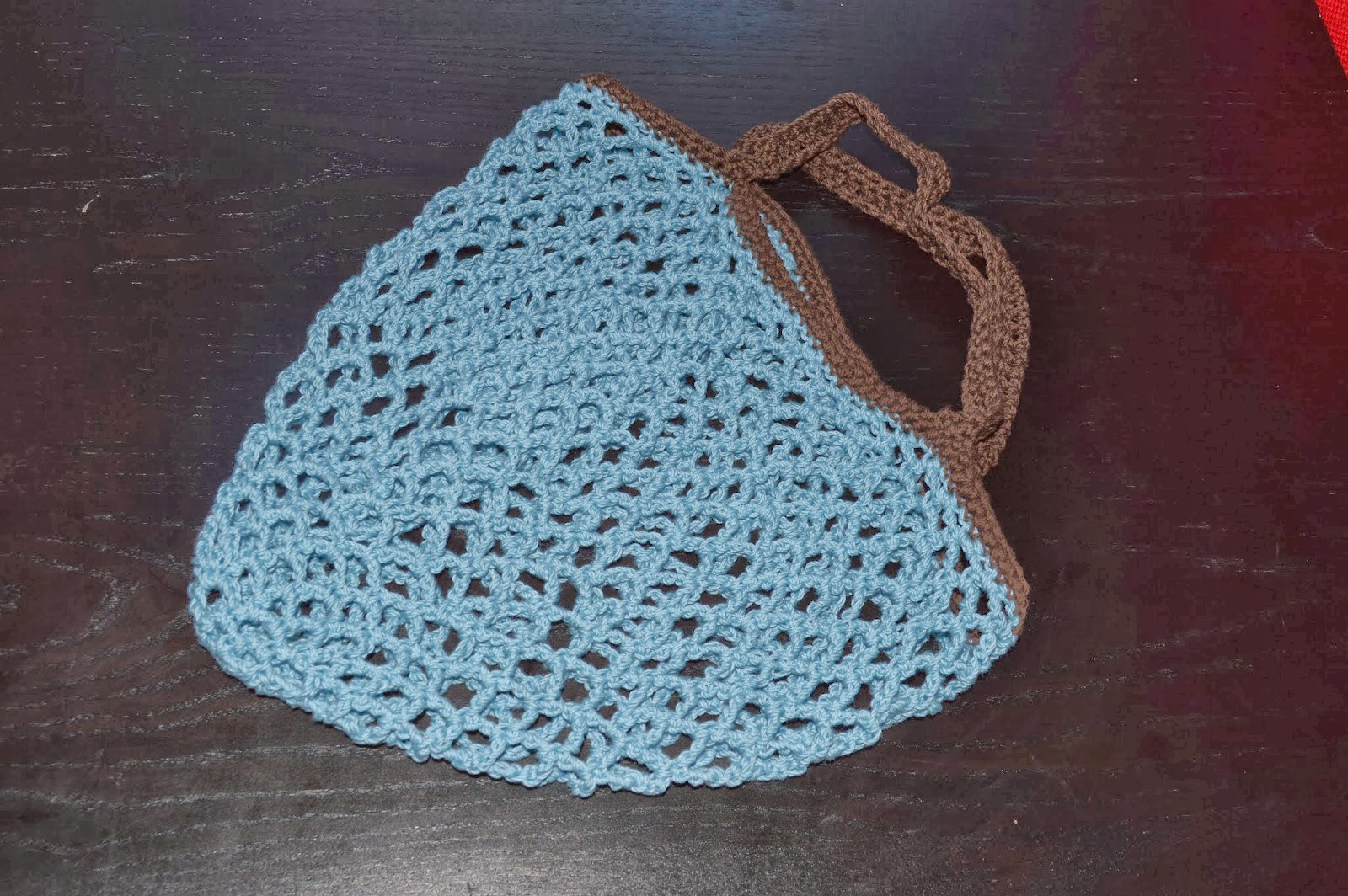 I continue to play around with modifications of this pattern, mainly changing the handles. I like the two tone look, and I bought a crapload (technical measure) of the mercerized cotton yarn when it was on clearance, so I'm taking color requests for Christmas presents (I've got more of the blue above, a teal color, dark blue, brown, white, linen, and lavendar). I may try another bag pattern with only one large shoulder handle from the same pattern designer and put in stripes, because stripes are festive (and easier than polka dots). :)

I hope everyone is having a happy fall! What craft projects are you working on?
Posted by Unknown at 12:03 PM