Last week I wasn't assigned any editing jobs (nor was I quick enough to grab any group assignments), so I had a bit of time on my hands. I was feeling a bit aimless, and my usual answer to that is baking. So I made chocolate chai snickerdoodle cookies and ate at least a dozen of them (I believe I've posted this recipe before, possibly on my old blog. I always double the amount of spices and add several shakes of cardamom as well. It's a specific taste that may not be suited for everyone, but I absolutely adore them). Then I realized that was not a sustainable solution, as I am really really trying to be more aware of what I eat, so I turned to crafting.

I made this crocheted market bag in one day (the link actually has several lovely patterns, some free):

I bought the yarn, a mercerized cotton, on clearance at Manor, and it was perfectly suited for the project - it was almost like crocheting with small ropes rather than yarn. So I went back and purchased another half-dozen balls in various colors and plan to make several more. One on request for one of B's cousins, but I'm also starting to crochet items with an eye towards possibly grabbing a table at the American Women's Club of Zurich (AWCZ)'s Christmas Bazaar and trying to sell some things. We'll see.

On the same day I made the bag, I also transformed one of B's old shoe boxes from this: 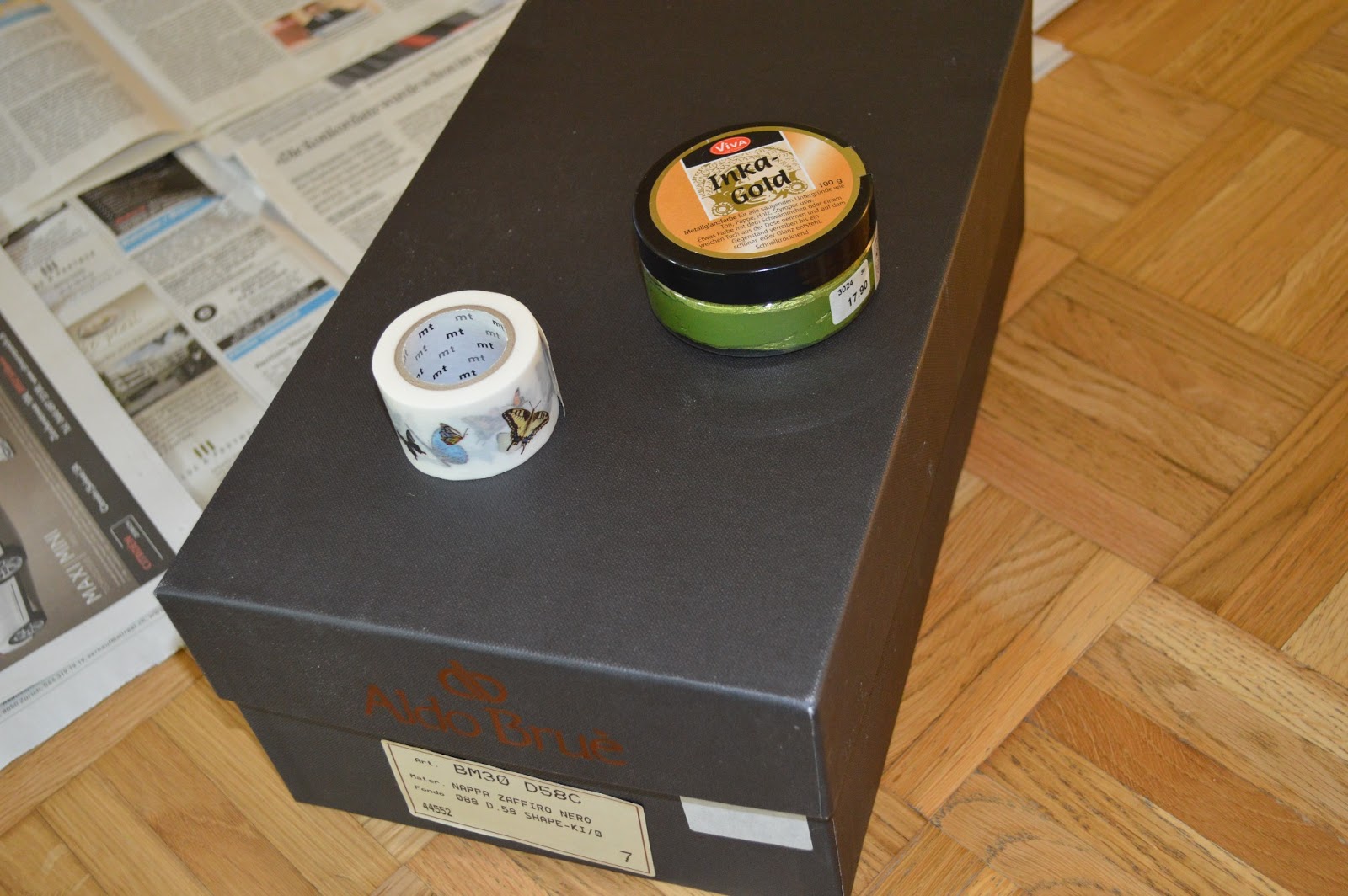 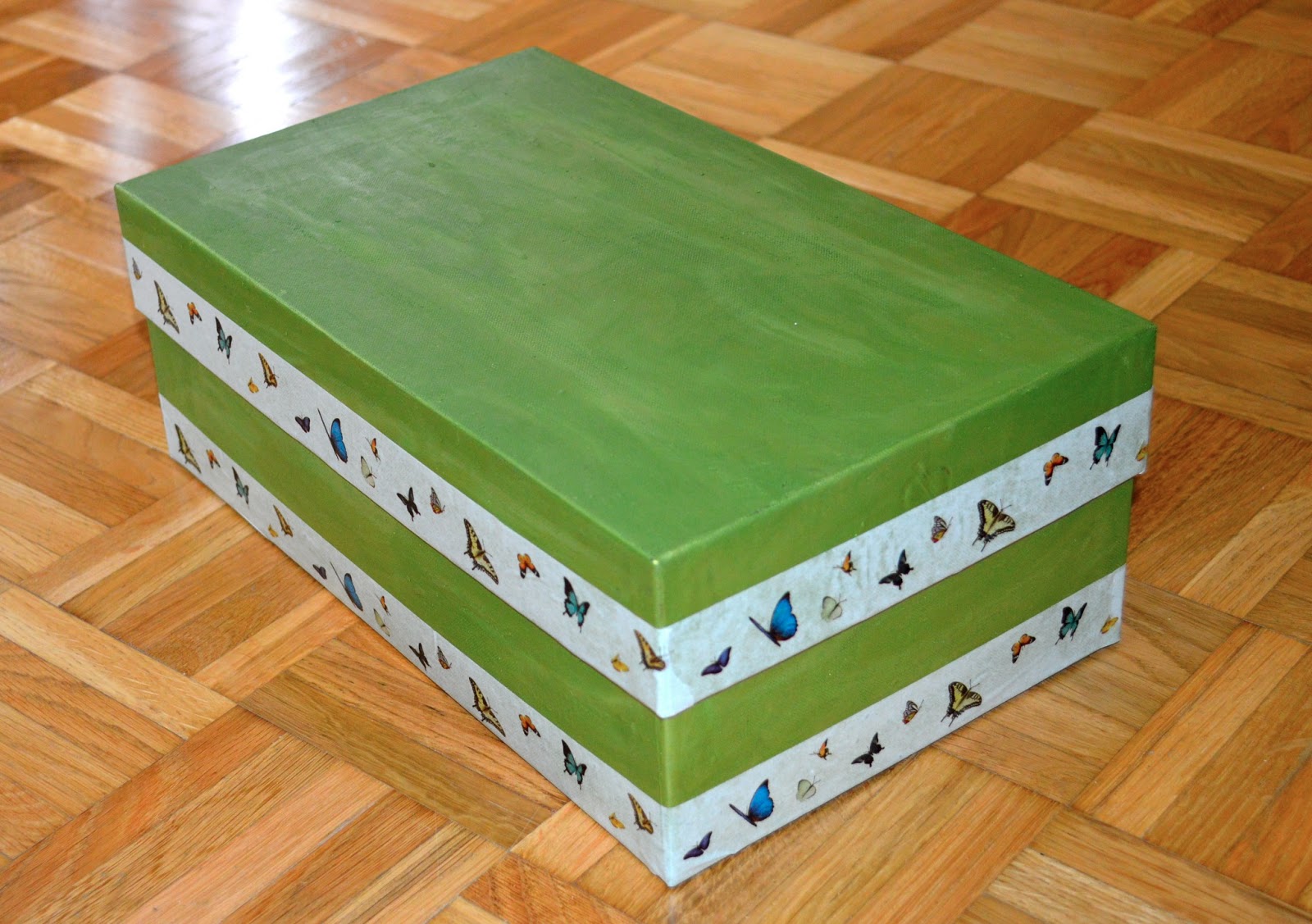 I'm not sure why we had the shoe box - when you buys shoes here in Switzerland, the store usually asks if you want to keep the box and if you don't, they break it down and recycle it for you. Dead useful, but I was glad that for some reason B kept this one. It has resided, emptry on the floor of the apartment, since before I arrived (also, I'm not sure why it made the move with us), so I co-opted it for a gardening supplies container. I had been keeping all my stuff outside on our patio, but we received a flyer in our mailbox warning us about not feeding the foxes (füchse) and how they love biowaste, food, and gardening supplies (the paper even specifically stated gardening gloves). We haven't been proper Swiss neighbors already (I accidentally used the wrong washroom last month, and also we haven't knocked on people's doors and introduced ourselves, which is apparently supposed to be done within hours of moving in), so I didn't want to be the stupid American in the building who attracts the foxes.

Anyway, the shoe box was nice and sturdy, so I bought some washi tape, paint, and brushes to decorate it with.

At least, what I thought was paint.

Turns out, it totally wasn't. I'm still not sure what it was - it felt almost clay-like in texture and was very thick. The box was textured, so I was able to rub the color in to great effect. Perhaps I was supposed to add water? I have no idea. I am glad that I learned my lesson with this smaller project before buying more of the same type for the Ikea furniture we have arriving in 2 weeks.

Then I made this hat the latter half of the week: 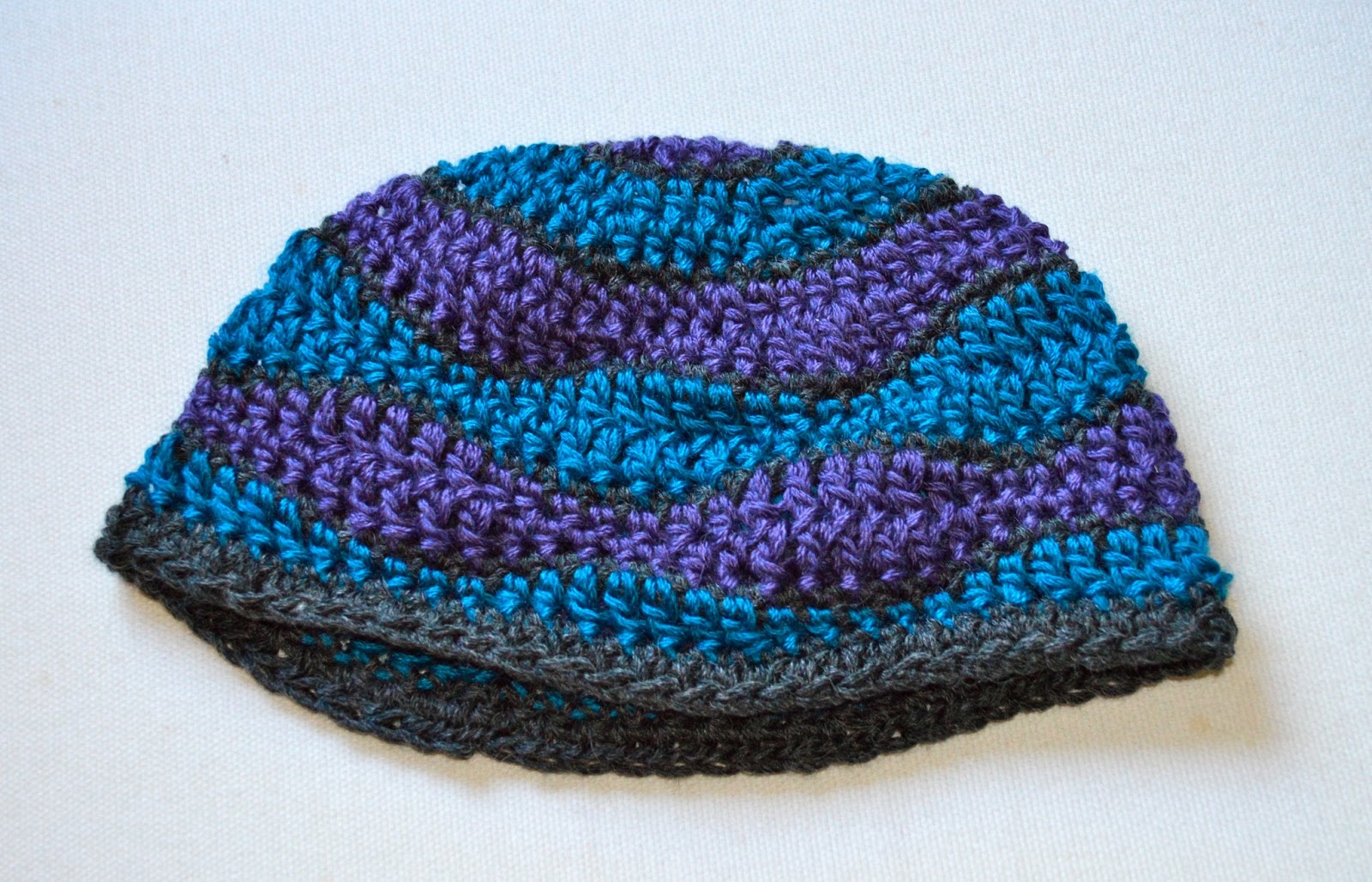 I just loved the pattern, and I'm happy to report the result was a much greater success than my first attempt at a hat last year (it ended up fitting a hypothetical flattened, enormous diameter-head person, not actual humans). Unfortunately, I didn't quite pay attention to the pattern and it wasn't until I was stitching the last row that I realized I had followed the instructions for a children's hat. Oops. I don't really know any 6-8 year olds (my best guess as to what age would fit in this), so it's definitely going in my pile of potential items to be sold.

This week so far has been a little quieter, but I did just finish a hat adapted from this pattern today:

I used some yarn that my mother passed on to me when I was in the US, so I have no idea where she got it from. It turned out not to have the appropriate gauge from the pattern, at least in my hands, so I had to adapt the pattern some, but it turned out to fit a real human (me!), and I'll probably hold onto it for myself.

I hope that everyone is having a great week! Have you done any crafting recently?