So just before we left for the US, I took it upon myself to try my first Pinterest-inspired home decor. Other than crochet designs - do afghans count as home decor?

I started with a picture from this blog:

It's so pretty! Cute! Small! Multi-colored (This is key - my existence has been devoted to finding ways to add color to the white-monochrome that is our apartment)! When B and I went to Ikea several weeks ago, I purchased a 3-set of small cacti and figured I'd try it out for myself. Unfortunately, after several visits to area garden stores, I wasn't able to find any significant variety in cactus colors, nor could I find any adorable shallow planters that I thought would be suitable.

Not to be discouraged, I dropped by Manor. And forgot how expensive stuff is. But I managed to find this glass bowl for only 15 CHF (yes, that's cheap - although since that time I have discovered the Swiss equivalent of Goodwill and realized my mistake - future upcycled-craft-type items will be from here): 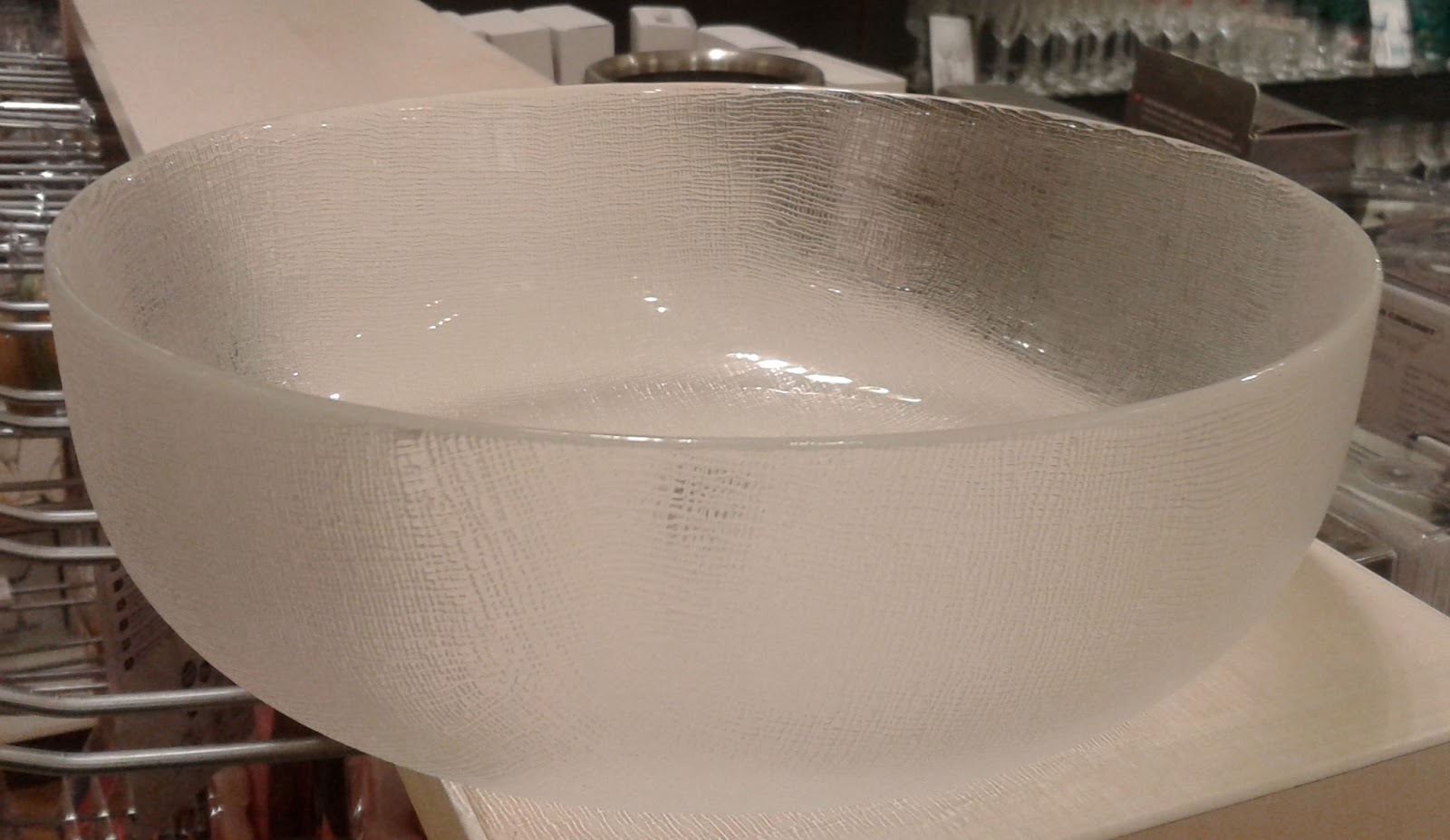 I spent much too long in the Manor craft section poring over their paints and trying to decipher which ones were appropriate for wood/glass/ceramic/metal/fabric/large hadron nuclear collidors. I finally cracked their German-only code and decided on a shiny, teal color (hopefully that will complement my now-finished lap afghan that will be artfully draped over our as-yet-non-existent couch - see, it's all part of a plan).

I wrapped up my purchase with a set of paintbrushes (I'm really, really not a painter, but every crafter needs paintbrushes, right?) and headed home to try it out. Of course I forgot to get pictures of the process as always, but it was incredibly easy and fast, even for nonpainter me. I painted the inside of the bowl, since I wanted to keep some of the glass-y shine, and although the paint didn't work the way I thought it would, I ended up liking the wavey/streaky result:

I let the bowl dry overnight and planted in it the next day.

I bought a small pot of succulents at Coop bau+hobby and scattered them around the three ikea cacti. I was very, very glad I had previously purchased garden gloves - arranging cacti is quite the prickly business. I used a bit of my left-over potting soil in the bottom, and then used some sand (also from bau+hobby) to sprinkle on the top, to give it a bit more cactus-like feel.

As a first home decor project, it was very encouraging. Quick, easy, no disasters other than a few pricked fingers. I'm a bit concerned that the succulents may not be on the same watering-schedule as the cacti, but it's been almost a month now and they seem to be holding up.

Now we just need a coffee table to put it on.

PS - Does anyone else get addicted to the "Next blog" button at the top of blogs hosted by Google? I definitely do - I like to retroactively guess how Google thinks blogs are related. I follow several craft blogs and like to click around on those, but somehow I inevitably end up at some Mormon family's website, where there are many babies and everybody looks happy and healthy (and white). I had no idea Mormons (or other religious groups) were such prolific bloggers. I tried the "next blog" with my own site this morning and within three clicks ended up in a series of real estate/mortgage blogs - a wee depressing. I need to stop talking about apartments, apparently?
Posted by Unknown at 9:00 AM