Just over a week ago, B and I ventured outside the city for the first time since my official arrival (not counting the short trip to Basel to visit B's family). B's work group had organized an outing near Einseiden, in the Schwyz canton (as may be deduced from the name, the canton was one of the original three that formed the alliance that eventually became the Swiss confederation).

Preparation for the outing was a bit chaotic. Neither B nor I are big outdoorsy-type of people, although in our youth we used to be (at least more than we are now). I grew up near a ski resort and used to frequent it on school trips and snow days, but pretty much abandoned the slopes when I hit my growth spurt in late middle school and my scarecrow limbs made skis a more intimidating experience. B grew up in Lima, Peru and once tried to climb the Andes in his backyard as an ill-advised afternoon venture with his cousin.

Random stories aside, this meant that neither of us had any appropriate gear for an outing to the Swiss mountains (I am fairly sure we were not officially in the Alps, although I could be mistaken. Regardless - definitely mountains). We spent the week prior to the outing comparison shopping for snow boots, gloves, hats, and some sort of waterproof/resistant pants for each of us; luckily it's near the end of the season here, so we were able to snag the boots, at least, on sale.

We were picked up quite early on Saturday morning by one of B's coworkers, who graciously agreed to drive us. B doesn't yet have a driver's license (not unusual for people here), and I am still fairly paralyzed at the thought of driving in a country where buses and trams have their own lanes that aren't always clearly marked and the white/yellow color meanings of the road markings are opposite of US ones. It turns out this was wise, as I am not sure we ever would have found the place - the last few kilometers were on a one-lane, snow-covered road that triggered nostalgia for West Virginia driving perils from my youth.

Neither B nor I had ever been snowshoeing before, so we had asked to rent both shoes and poles. I was excited upon arrival to see that in comparison to the other participants, we were dressed totally appropriately. (Yes, I laser in on stuff like that. Although my water-resistant pants were a bit thin (real ski pants cost 2-3x as much), and it did take about 3 hours after the excursion for my thighs to thaw out. But at least we didn't look ridiculous and the shopping had not been a waste. What was important was that we appeared to be ready for such an activity).

B had assured me that this would be a light trek, as other people were bringing their young children and the average age of his coworkers is much older than B. Apparently they all cancelled because there were only three other people (two coworkers and one other wife), and they were all in much better shape than me, despite the couple easily having 20 years on me. We snowshoed for over an hour before we took a kaffee (or schokolade, in my case) break, then headed back. There was at least 2 feet of snow on the ground, and we appeared to be trekking through mainly fields (crossing barbwire fences in snowshoes is quite the experience).

I forgot how much fun it is to be out in the snow, and the scenery was breathtaking. There was a fairly heavy fog when we headed out, but it started to burn off by the time we returned.

Unfortunately my transition lenses make it very challenging to take pictures with my phone (the UV-sensitive darkening makes it impossible to see the screen - and I am so nearsighted/light-sensitive that I can't see the screen if I remove my glasses), so I was shooting pics completely blind. B was more successful, and I will post some of his pictures either here or on facebook in the next couple days.

We met up with several more of B's coworkers for lunch, which was fondue, complete with potatoes and bread for dipping (what else would one expect in the mountains of Switzerland?). It was a very hearty meal that was perfect after 3+ hours of unaccustomed physical activity. Unfortunately (for me), all of B's coworkers + spouses + children that were at lunch were native German speakers, so the conversation naturally occurred in that language. I actually could follow/guess the topic of conversation in some parts, and it was nice to hear German spoken at a normal pace (vs. my German class, in which listening exercises are done AS....IF....YOU...ARE...IGNORANT - which of course the entire class is).

Between the snow trek and the German, I collapsed into a much-needed nap as soon as we arrived back in Zurich. But I was so glad that B and I experienced a Swiss winter in true fashion before the snow starts to melt.

I took the below picture outside our door the very next morning - spring is definitely on its way! 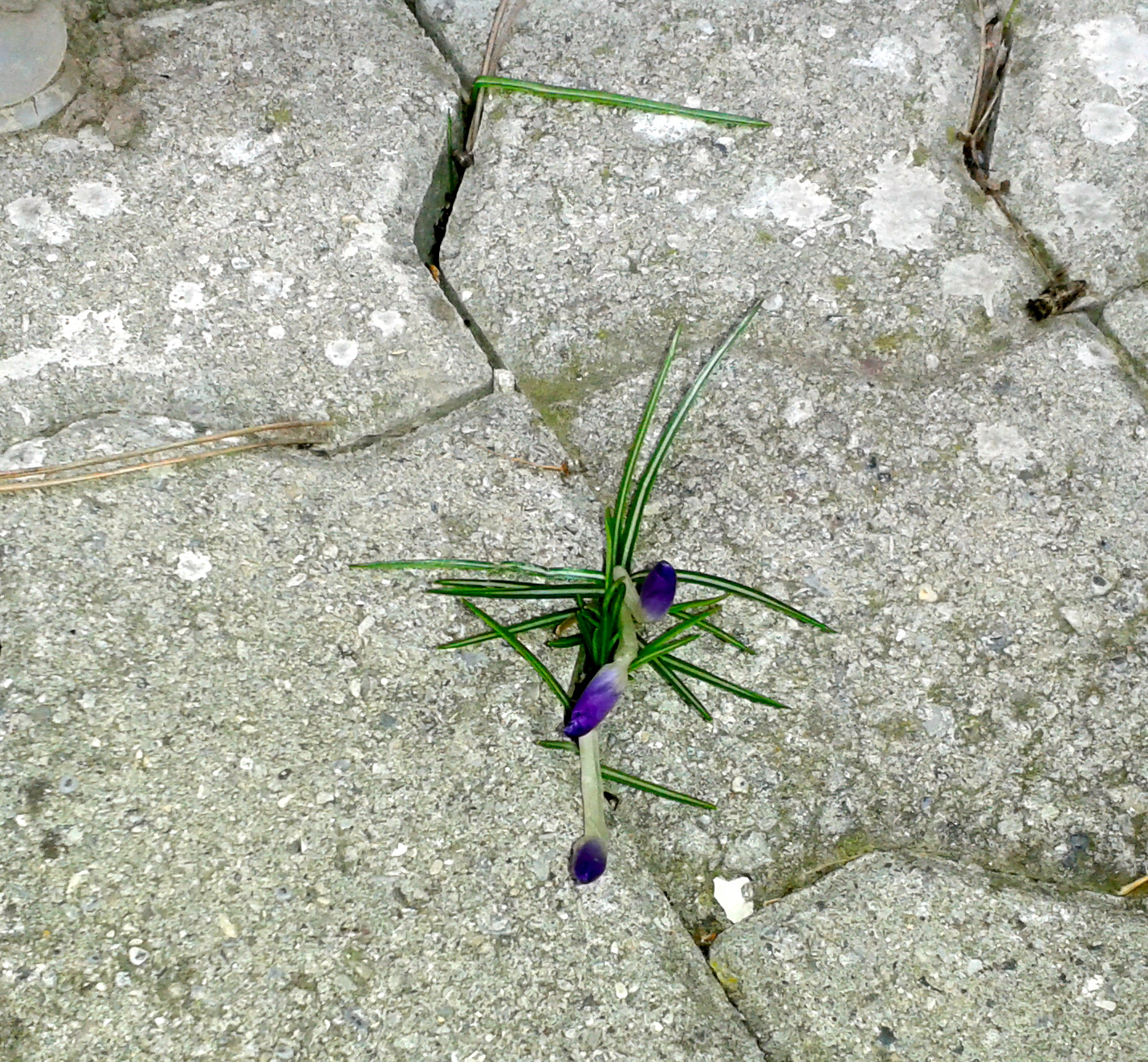