Sometimes it's the little things

So for the past two weeks, B and I have been in a bit of a bind about what to do with my belongings. The ones that threaten to overflow the studio space, yes, but also the twelve boxes of items (aka, crap) that my parents and I shipped over via USPS before I got on the plane.

Twelve boxes! Sometimes I don't know what I was thinking.

As a person moving to Switzerland, I shouldn't have to pay customs on any household items that are at least six months old (aka, everything, coz I didn't exactly go on a shopping spree prior to moving) and that I plan to continue to use (also everything). Now, I had vaguely read about that prior to moving, but what B and I failed to realize is that we were supposed to fill out a customs form prior to my shipping the boxes, so that at customs, they would be able to say "Oh, this is from that person moving into the country, let it pass." Or however you would say that in Schweize Deutsch.

In retrospect, this seems really, really obvious, but when I have given myself 6 days to pack for an international move, things slip between the cracks.

Anyway - we didn't fill out that form, and the boxes have come through in a rather pell-mell assortment (and in varying condition, see below). To be fair, they also all came through very quickly - the shipping was supposed to take 6-10 business days, and they started to arrive on business day #4.

So far we've received four of the boxes - one we paid for before we realized what was going on, and the other three had no charges associated. We're not sure why - I thought perhaps the three without charges would be the three with the lowest estimated goods value on them, but that hasn't been the case (the charges, btw, range from 40 to 125 CHF/box; 1 CHF = 1.1 USD). Most likely they were processed by different people at customs, and some of them were obviously used household goods, while others (eg, the one with the Xbox in it) may not be so obvious. The remaining eight boxes are being held hostage by Die Post, and B has been calling all over to figure out if there is a way to get the charges re-examined. No resolution yet.

Meanwhile, I've opened two of the boxes (the other two are boxes and DVDs only, items that can wait until we've moved out of the studio, and also boxes that will survive another - handheld - move).

There is nothing like opening boxes that you've paid to move to make you rethink your priorities in life. As B pointed out - I had survived for 1-2 weeks without any of these items, so how many did I really need? (I pointed out that my many pairs of boots were largely at his urging)

He had a point, though. Going through the boxes has been a strange oscillation between "why did I ever think I would need this?" and squeals of glee when I find items that I have been desperate without. And the items that are causing those reactions are far from what I would have laid money on when I was back in Boston.

Here's a sampling of some of the items I was most thrilled to run across:

The other thrilling surprises were a bit more random:

And then this one made me absurdly happy: 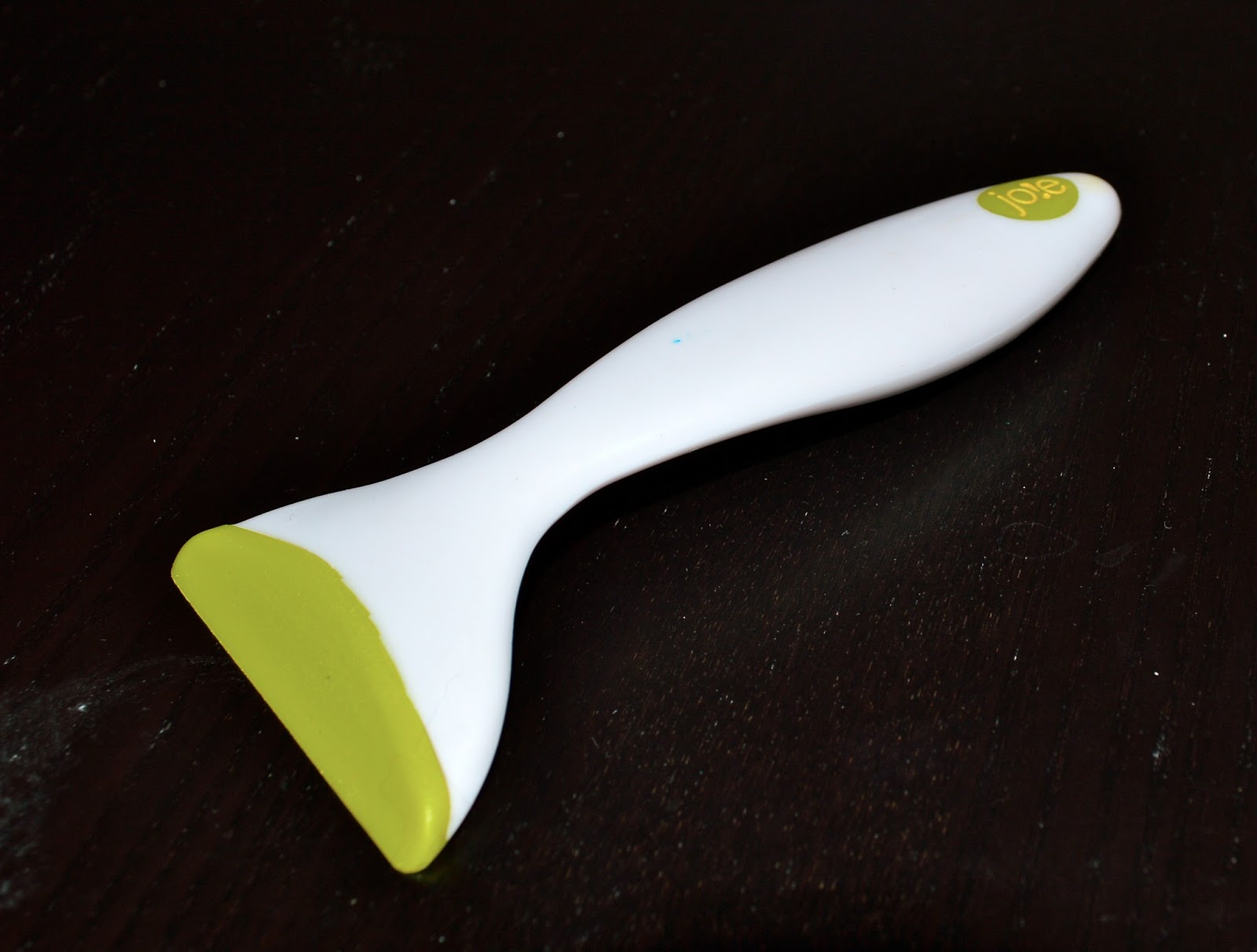 Anybody know what it is? Bueller?

It's a scraper that I picked up at Marshall's for about $3 - I forget its official name, if it even has one. It was useful in Boston to clean off my table after kneading and other baking activities, although I could do the same with some hard scrubbing and a wet rag. However, the wood table here that I use for kneading has no finish on it, and thus little dried pieces of bread/cookie/any other dough have proved quite challenging to remove. But no longer! Yay!

This one was well-timed - I just found it this morning, and yesterday I made lime cookies (I'll post the recipe later). I wanted the zest of two limes for them, and I had one of those little graters that are supposedly up for the task. Mine was not (see below). Lesson learned - Ikea is useful for many things, but perhaps not kitchen utensils.

I can think of few specific things that are in the remaining eight boxes, which makes me a bit uneasy about the ratio of crap:useful items that I sent, but I'm sure that each one will contain a few much appreciated surprises. I just won't try to guess what they will be.

Have you ever regretted packing (or NOT packing) something when you moved?